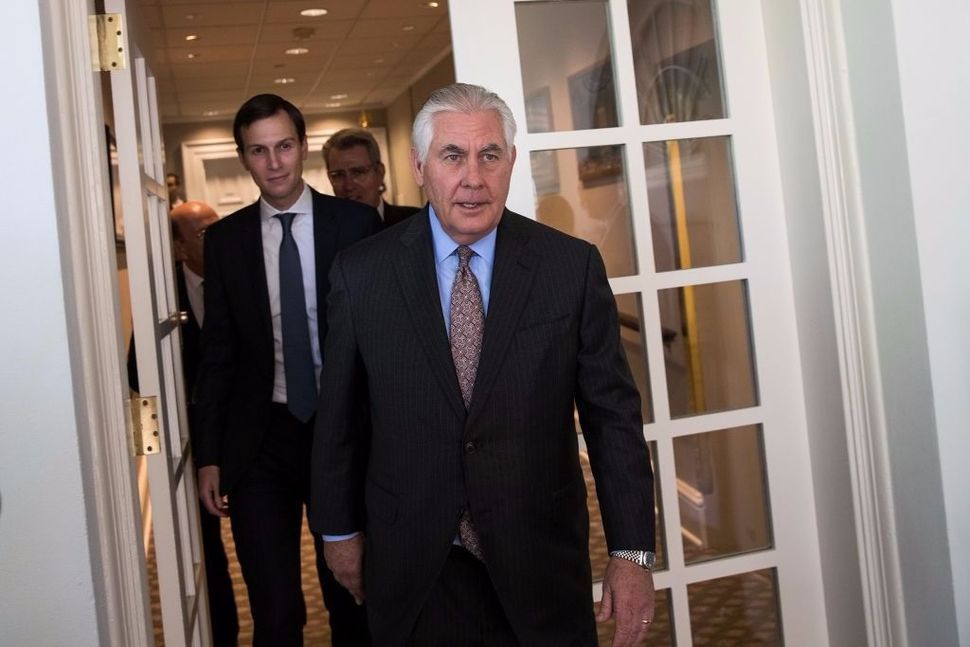 Presidential adviser/son-in-law Jared Kushner is a leading force behind the effort to push out Secretary of State Rex Tillerson, the Washington Examiner reported Thursday.

Administration officials confirmed to the Associated Press earlier Thursday that they were considering replacing Tillerson, who has fallen out of President Trump’s favor, with CIA Director Mike Pompeo.

Tillerson had been on the outs ever since reports emerged last month that the Secretary of State called Trump a “moron” in a meeting, then refused to publicly deny that he had done so. But a former White House aide told the Examiner that the “last straw” was when Tillerson decided not to send a senior diplomatic delegation to accompany First Daughter Ivanka Trump’s trip to the Global Entrepreneurial Summit in India.

“This is Jared, 100%,” the source said, adding that Kushner and Tillerson “have been clashing heads since day one.”

Tillerson had also been a proponent of maintaining the nuclear agreement with Iran, which Kushner and Trump had wanted to scrap.

Kushner has taken on his own diplomatic portfolio outside the State Department, with the president charging him with pursuing an Israeli-Palestinian peace deal.

A different White House official pushed back on talk of Kushner being behind the Tillerson leaks. “There is no plan so therefore there is nothing for him to push.”