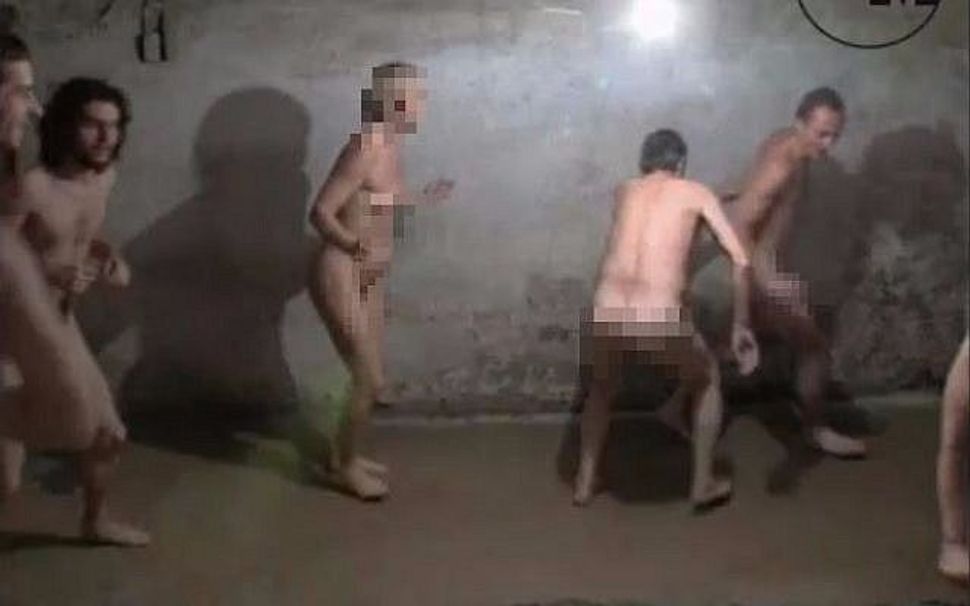 Image by Museum of Modern Art in Warsaw

(JTA) — Poland’s interior minister has instructed prosecutors to follow up on an investigation by groups representing Holocaust survivors on a video featuring nudity that was filmed at a former death camp in the country.

The video shows several naked men and women playing a game of tag inside what its creators said was a gas chamber without divulging further details. The Museum of Contemporary Art in Krakow displayed the video in 2015, causing controversy.

Following protests by Jewish groups and community leaders, the Krakow museum pulled the exhibition but then reinstated it, defending it as falling under freedom of artistic expression. The installation, called “Game of Tag,” also was displayed at an art museum in Estonia before being pulled following protests.

Despite frequent controversies connected to the commemoration of the Holocaust in Poland, it enforces strict limitations on filming and conduct at the dozens of memorial sites and historical monuments that were left in its territory after World War II.

Piotr Tarnowski, the director of the Stutthof Museum and Memorial, on Friday called for the video to be “destroyed.” He also said the film, directed by Artur Żmijewski, was made in 1999.

Tarnowski said a predecessor of his gave permission for filming based on a script that did not feature some of the elements filmed, and that she rescinded the permission after seeing the result. Żmijewski, Tarnowski said, promised to destroy the material but kept it instead.