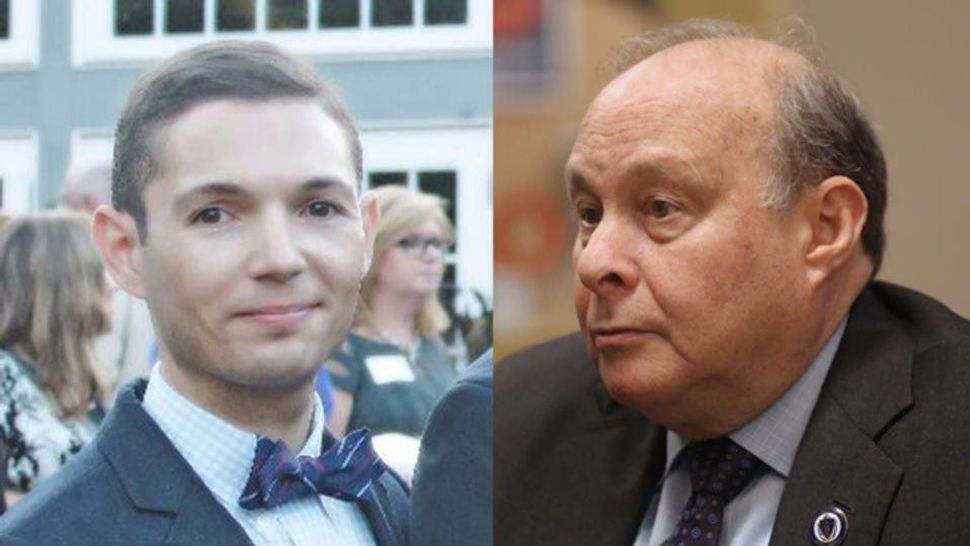 Four men are accusing the husband of the president of the Massachusetts state senate of sexual misconduct, according to a report in the Boston Globe.

Stanley Rosenberg’s husband, Bryon Hefner, is accused of groping the genitals of three men when Rosenberg was standing close by. A fourth man reported being kissed against his will. The report found “no evidence that the Senate president knew about the assaults.”

Hefner, a powerful lobbyist in Massachusetts state politics, offered political support from him and Rosenberg in exchange for sexual favors. The four men said they had long felt powerless to accuse Hefner of sexual misconduct because of his perceived influence over Rosenberg. Each of the men spoke anonymously.

“I was shocked to learn of these anonymous and hurtful allegations,” Hefner said in a prepared statement, issued through his attorney. “As one can imagine, it is incredibly difficult to respond to allegations by unnamed and unidentified individuals that involve an extended period of time, particularly in the current environment.”

Rosenberg said on Thursday that he supports an independent investigation into the accusations against Hefner.

Rosenberg and Hefner have been together since 2008. Rosenberg has said he “would not have come out if he [Hefner] had not come into my life.”