Israel Will Not Allow Iran To Entrench Itself In Syria, Netanyahu Warns 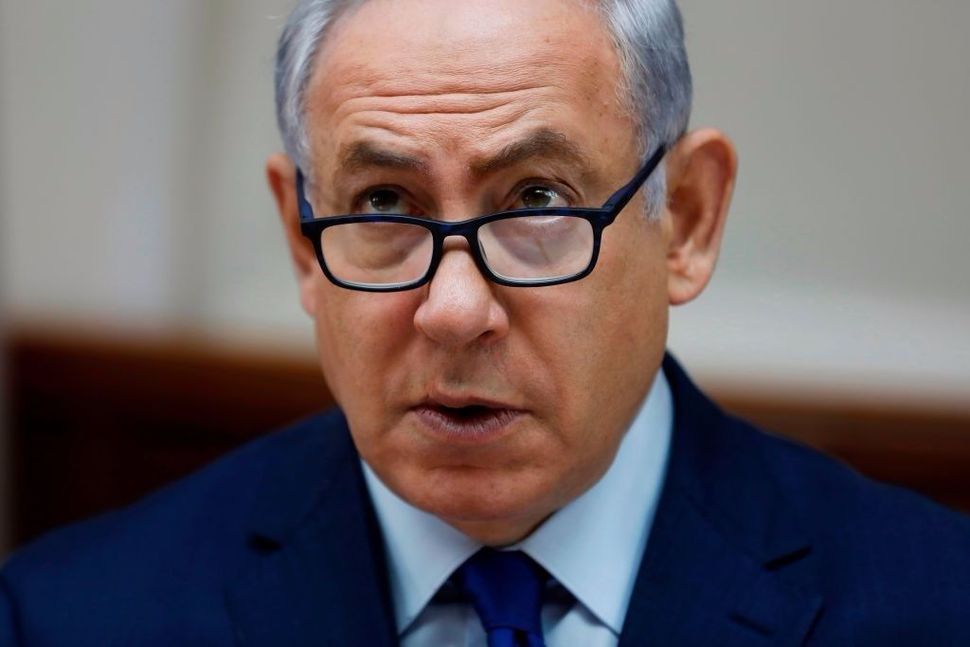 JERUSALEM (JTA) — Israeli Prime Minister Benjamin Netanyahu warned in a video statement that Israel would not allow Iran to gain a foothold in Syria, hours after reports that Israel had struck an Iranian military installation near Damascus.

“Let me reiterate Israel’s policy: We will not allow a regime hell-bent on the annihilation of the Jewish state to acquire nuclear weapons. We will not allow that regime to entrench itself militarily in Syria, as it seeks to do, for the express purpose of eradicating our state,” said Netanyahu in the video statement issued on Saturday night.

The 18-second video reportedly was recorded on Thursday, part of a longer version that is scheduled to be broadcast Sunday at the annual Saban Forum of the Brookings Institution in Washington, D.C.

Foreign media reported Saturday that Israel launched five missiles from Lebanese airspace at the Iranian military facility.  Syrian media reported that it had intercepted some of the missiles.

Israel generally does not comment on foreign media reports of military activity in neighboring countries.

Israel reportedly has carried out dozens of airstrikes in Syria in the more than six years of the country’s civil war, generally against arms convoys bringing weapons to Hezbollah in Lebanon that Israel fears will be used against it.

Israel Will Not Allow Iran To Entrench Itself In Syria, Netanyahu Warns