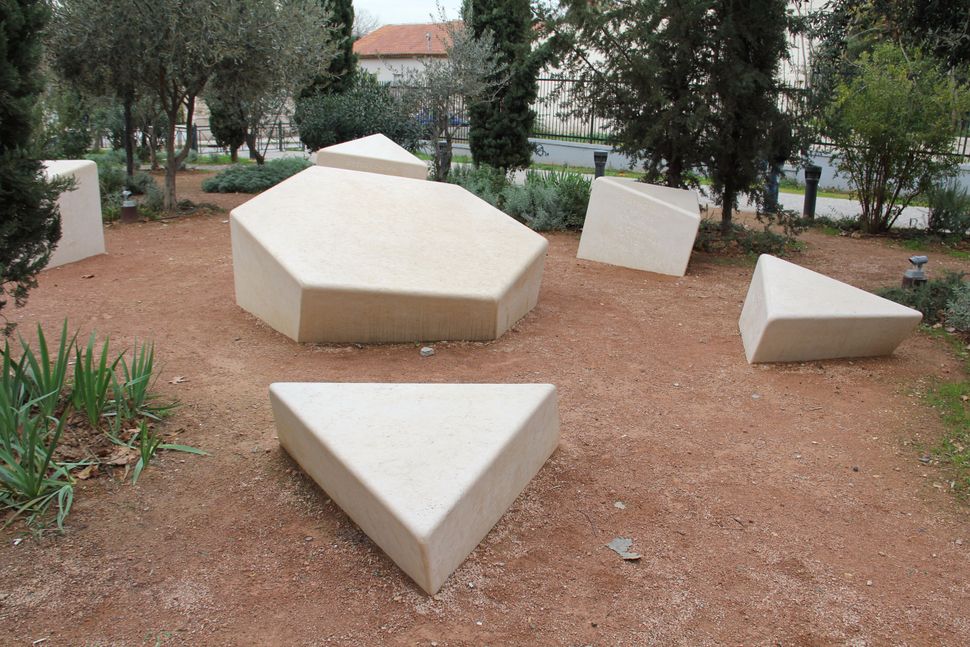 (JTA) — Vandals stripped away inscriptions on the Holocaust Memorial in Athens, which commemorates the more than 60,000 Greek Jews killed during World War II.

The attack on the memorial occurred on Saturday, according to the English-language Greek Reporter.

Inscriptions engraved on a plaque written by famous Holocaust survivor and author Elie Wiesel especially for the Athens memorial were removed from their base. The inscription was written in three languages: Greek, French and English. Only the English inscription remains.

“Elie Wiesel’s appeal to the passer-by to stand, to remember, to honor the victims of the Holocaust was turned into an act of vandalism, disrespect, insult,” said Minor Moisis, president of the Jewish community of Athens, according to the European Jewish Press. He said the memorial will remain open and accessible to the public.

The memorial, designed by Greek American artist DeAnna Maganias, was erected in 2010. Located in a small park overlooking the Keramikos archeological site, the memorial features pieces of a broken marble Magen David, each piece representing lost Greek Jewish communities. The names of the communities are engraved in the marble piece pointing in the direction where they once existed.

Saturday’s vandalism is not the first time that the memorial has been desecrated. In 2014, threats against the Jewish community were spray-painted on the monument and several months later the logo of the ultranationalist group known as the Unaligned Meander Nationalists was spray-painted in blue on the memorial.