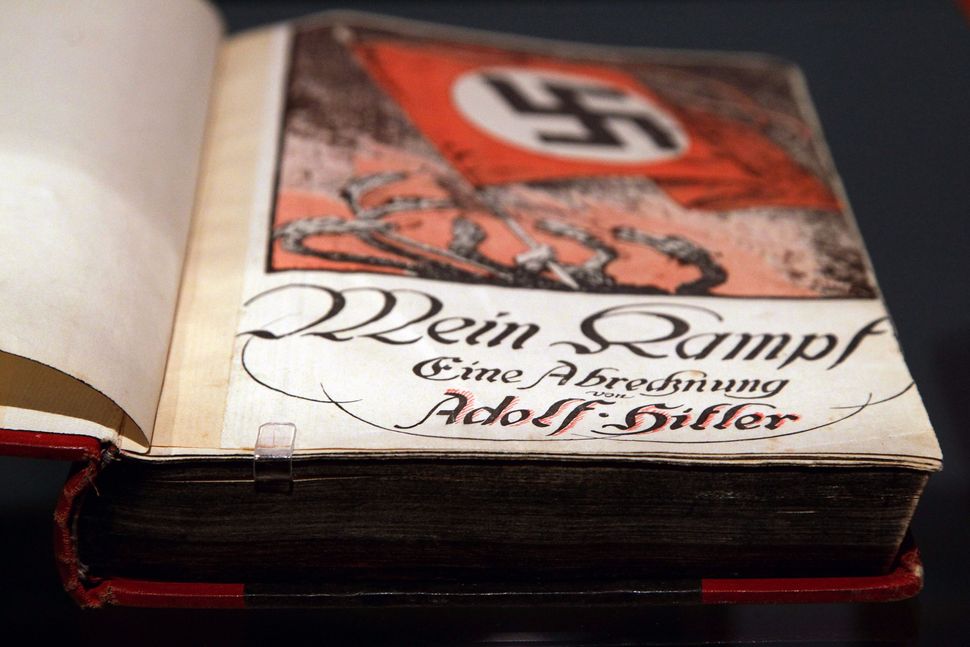 These are some of the strange discrepancies in the official reading list from which inmates in Texas prisons can request books, the Dallas Morning News reported. The state’s 150,000 inmates can request nearly 250,000 approved books, including “Mein Kampf” and several famous neo-Nazi books.

Books can be banned for displaying sexual content or providing information about creating explosives. Books with certain bindings can also be banned because they might be used to stash contraband. But there is no specific prohibition against books that promote hate.

Experts say that prisoners should be able to read whatever they want.

“There’s a lot of rights prisoners give up, but they shouldn’t have to give up that one,” said Terri Burke, the executive director of the ACLU in Texas. “Adolf Hitler and David Duke should be there just as much as Salman Rushdie and Alice Walker.”

And why is Hitler there when “The Color Purple” is not?

“‘Mein Kampf’ is on the approved list because it does not violate our rules,” said a prison official.