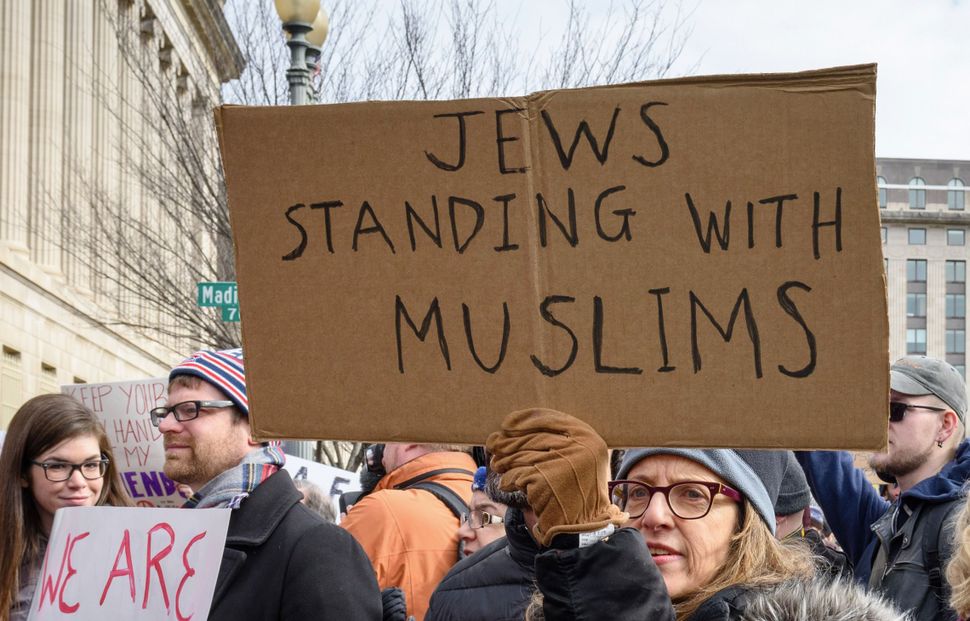 On Monday, the court issued an unsigned order to lower courts to rehear arguments on the ban, and said the ban may be fully enforced until the courts issue new opinions.

The ban announced in September, the third issued by Trump, includes travel restrictions on eight countries: Muslim-majority nations Iran, Libya, Somalia, Syria, Yemen and Chad, as well as citizens of North Korea and some government officials of Venezuela.

The Religious Action Center of Reform Judaism said the high court’s decision will cause “severe harm.”

“This is unfortunate, to say the least, and will do severe harm to those seeking refuge on our shores,” the RAC said in a tweet. “America is strongest when we are not closed off to the world.”

Mark Hetfield, the president of HIAS, said his Jewish immigrant advocacy group was disappointed that the justices did not explain their decision.

“We are disappointed that the Supreme Court, without explaining itself, has given the president a green light, for the time being, to discriminate against people because they are Muslims,” Hetfield said in a statement. “We look forward to the rulings of the federal courts of appeals. HIAS and our supporters will always speak out in opposition to policies that ban people on the basis of their faith, country of birth or nationality.”

The Anti-Defamation League called the Muslim ban “plainly discriminatory, inhumane, and un-American” and noted that the decision “did not address the legal merits” of this version.

“America was built on ideals of equality, liberty, and justice,” its national director, Jonathan Greenblatt, said in a statement. “The court’s order today risks repeating the shameful times in our past when America has turned against those ideals. Closing the doors to refugees whose very lives are at stake has echoes of when the United States refused to provide refuge and turned away Jews fleeing the Nazi Holocaust during World War II.”

Greenblatt also said the ADL was “committed to continuing the fight against this discriminatory policy — and the bigotry and xenophobia on which it is based.”

U.S. courts have struck down earlier bids by Trump to install a travel ban on Muslim-majority countries.