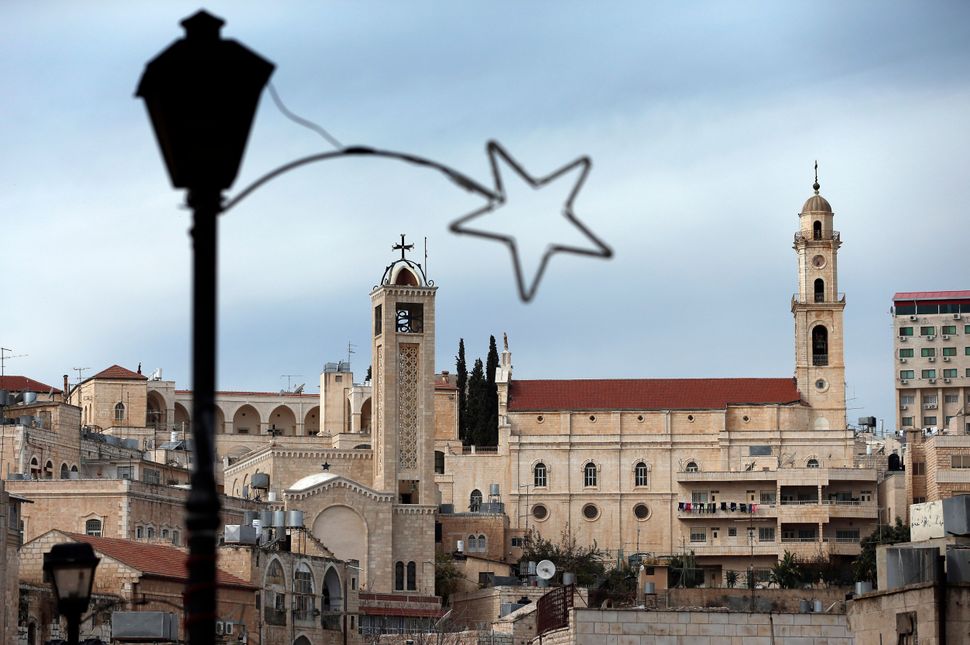 Christmas decorations are up as Bethlehem gets readies for the festive season. 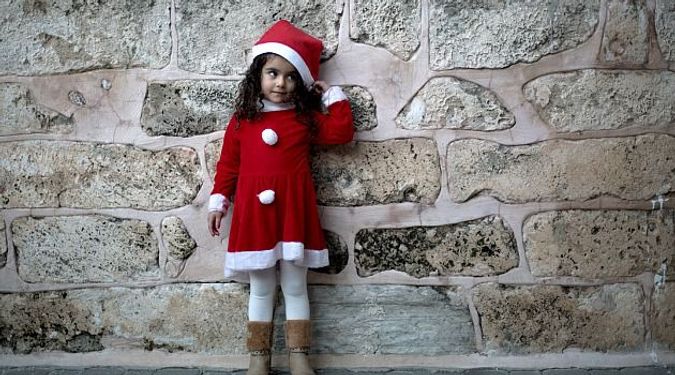 Gaza Christmas: Palestinian girl waits to attend church in Gaza city as preparations for holiday shift into gear across the Holy Land. Image by getty images

(JTA) — The Palestine Liberation Organization office in Washington, D.C., canceled its Christmas reception due to President Trump’s expected announcement that he will be recognizing Jerusalem as Israel’s capital.

The reception, titled “A Bethlehem Christmas on the Hill,” had been scheduled for Wednesday, the same day that Trump is scheduled to speak about Jerusalem. The president also is expected to say that the U.S. Embassy will not be moving for now to the city and will remain in Tel Aviv.

The PLO diplomatic mission said in a message to reception invitees that it was a “difficult decision” to cancel the event. It noted that hundreds of members of Congress, government officials, policymakers, religious leaders, members of the diplomatic corps, international dignitaries, members of the Palestinian community and civil society leaders had confirmed their attendance.

“It was planned to bring a live-stream video of Christian leaders and the children of Bethlehem with a Christmas message of peace,” the message said. “Out of care for our leaders and children, it might be unsuitable for them to speak and sing shortly after the possibility of an announcement that runs counter to the message of peace.”

Last month, the Trump administration announced that the PLO cannot operate a Washington office because it tried to convince the International Criminal Court to prosecute Israelis for crimes against Palestinians. It was the first time since the 1980s that the State Department refused to renew certification of the PLO’s office in the U.S. capital, which must be done every six months.

Days later, the State Department said the office could remain open, but it would be required to “limit its activities to those related to achieving a lasting, comprehensive peace between the Israelis and Palestinians.” The State Department also said that the restrictions could be lifted after 90 days if the United States determines the Israelis and Palestinians are engaged in “meaningful” peace negotiations.