Bernie Sanders: Al Franken Resigning Is The ‘Right Thing’ To Do 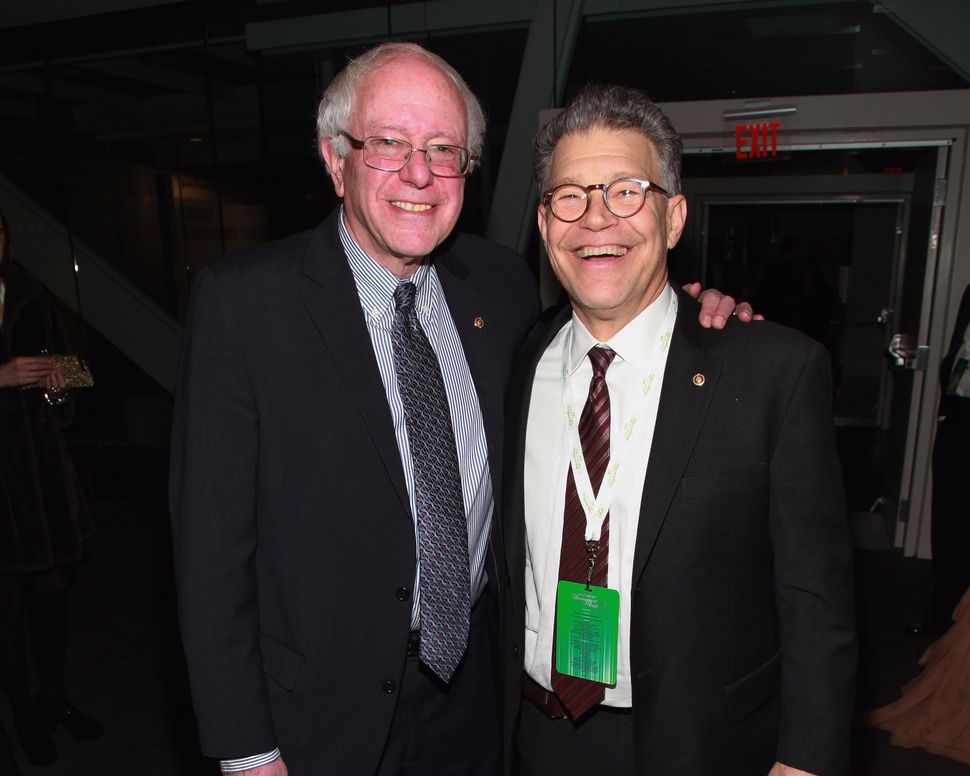 (JTA) — Sen. Bernie Sanders said his colleague Al Franken’s announcement scheduled for Thursday should include his resignation following accusations of sexual harassment from more than a half dozen women.

“Sen. Franken has said that he will be making an announcement about his political future tomorrow. The right thing is for him to resign,” Sanders, I-Vt., who ran for president as a Democrat in the 2016 elections, said in a statement issued Wednesday afternoon.

“We are now at a crossroads in American culture. And it is an important one. The way we treat women in our country has been abysmal in almost every way. We are finally addressing the issue of sexual harassment, and we need to get it right.”

At least 22 Democratic senators, many of them women, called on Franken to resign as of Wednesday afternoon.

Sens. Ron Wyden of Oregon and Dianne Feinstein of California also both said Wednesday on Twitter that resignation was the “right thing” for Franken.

Following the calls for his resignation after another woman came forward on Wednesday to accuse him of sexual harassment, Franken’s office said he would make an “announcement” on Thursday. The office did not say what the nature of the announcement would be.

Seven woman have come forward to accuse Franken, a Minnesota Democrat who is Jewish, of touching them inappropriately during photo opportunities and campaign events. The accusations date from between 2003 and 2010.

Bernie Sanders: Al Franken Resigning Is The ‘Right Thing’ To Do