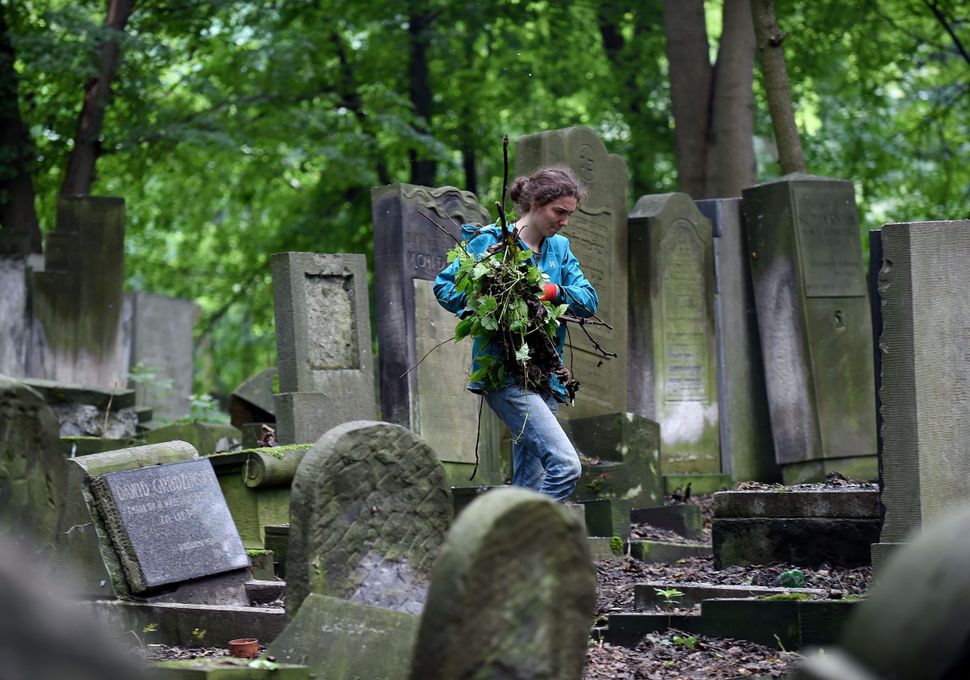 A woman cleans the neglected Jewish cemetery in Warsaw, the largest such cemetery in Europe, in 2014. Image by Getty

(JTA) – Human remains were dug up during construction work next to a Jewish cemetery in eastern Poland.

The remains were unearthed on Tuesday, during work to modernize the power grid for the city of Siemiatycze. The ground where the remains were uncovered is adjacent to the fence of the Jewish cemetery.

The case is investigated by the District Prosecutor’s Office in Siemiatycze.

The Chief Rabbi of Poland, Michael Schudrich, said he believes that this is “the worst desacralization of the Jewish cemetery” that he has seen since assuming his post 17 years ago.

“There are no words to describe how this is possible today in a free, democratic Poland,” Schudrich said.

The mayor of Siemiatycze, Piotr Siniakowicz, told the Polish Press Agency that the bones should be respected, but that the rabbi has made too strong of an accusation, since the town does take care of the Jewish cemetery.

The ground on which the bones were found is not owned by the city. The bones were handed over to the rabbinical commission for Jewish cemeteries.