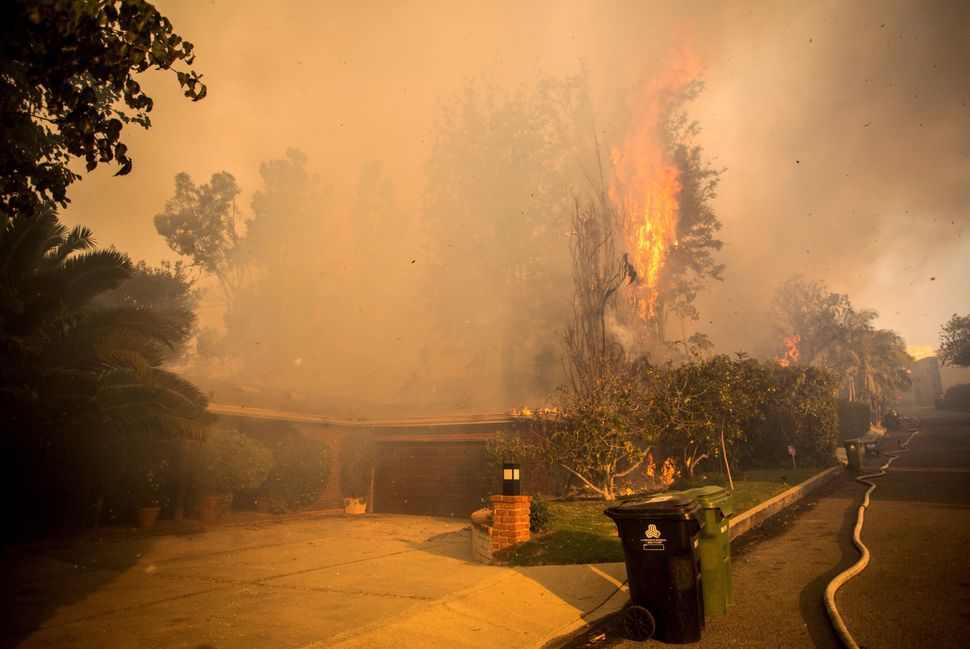 A house pictured Wednesday in Los Angeles. Image by Getty

(JTA) — Los Angeles-area synagogues and Jewish institutions closed in the wake of a major fire, dubbed the Skirball Fire after the Jewish cultural center that is in its path.

Leo Baeck Temple, Stephen Wise Temple, American Jewish University’s Familian Campus and the Skirball Cultural Center all were closed due to the fire, the Los Angeles Jewish Journal reported. The institutions’ Torah scrolls were removed for safekeeping, according to the report.

The Skirball Fire is one of several fires burning in southern California since Monday. More than 230,000 people have had to leave their homes in Los Angeles and Ventura counties.

The fire also caused the closing of the Los Angeles Eruv, which uses fences and phone lines affected by the fire to define the public area needed to allow Orthodox Jews to carry items outdoors on Shabbat, according to the Jewish Journal.

The Skirball Center noted in a post on Facebook that although the fire has been dubbed the Skirball Fire, the center has not sustained any damage.