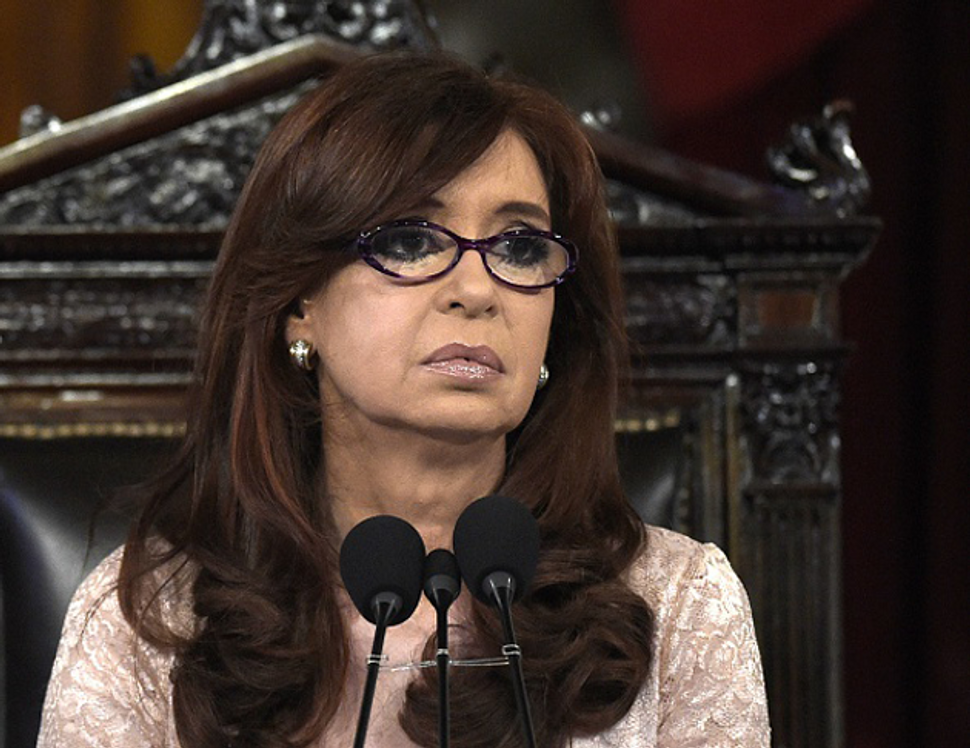 BUENOS AIRES (JTA) — An Argentinean judge ordered the arrest of former President Cristina Fernandez de Kirchner for treason and covering up the alleged involvement of senior Iranian officials in the 1994 bombing of a Buenos Aires Jewish center.

Judge Claudio Bonadio ordered Kirchner’s arrest on Thursday and asked the Argentinean Senate to strip her of her parliamentary immunity, clearing the way for her arrest and trial.

Bonadio’s order also targeted other Argentinean officials in the effort to cover up Iran’s involvement in the attack, including former Foreign Minister Hector Timmerman, who is Jewish and is currently under house arrest.

In his 491-page ruling, Bonadio wrote that the 1994 attack on the AMIA center, which killed 85 people and left more than 150 injured, and a 1992 attack on the Israeli embassy in Buenos Aires, were “acts of war” by Iran against Argentina. A memorandum that Kirchner had signed with Iran to jointly investigate the attacks appeared to achieve Iran’s goal of avoiding being declared a terrorist state, the judge wrote.

The arrest warrant against the former government officials is based on a 2015 accusation made by Alberto Nisman, a prosecutor charged with investigating Iran’s alleged role in the AMIA bombing. Nisman was found dead in his apartment in 2015, the day before he was scheduled to present his allegations to the Argentinean Congress.

“Finally justice is advancing and all we can confirm now is that what Nisman said had a substance,” Ariel Cohen Sabban, the president of Argentina’s Jewish umbrella group DAIA, told reporters on Thursday.