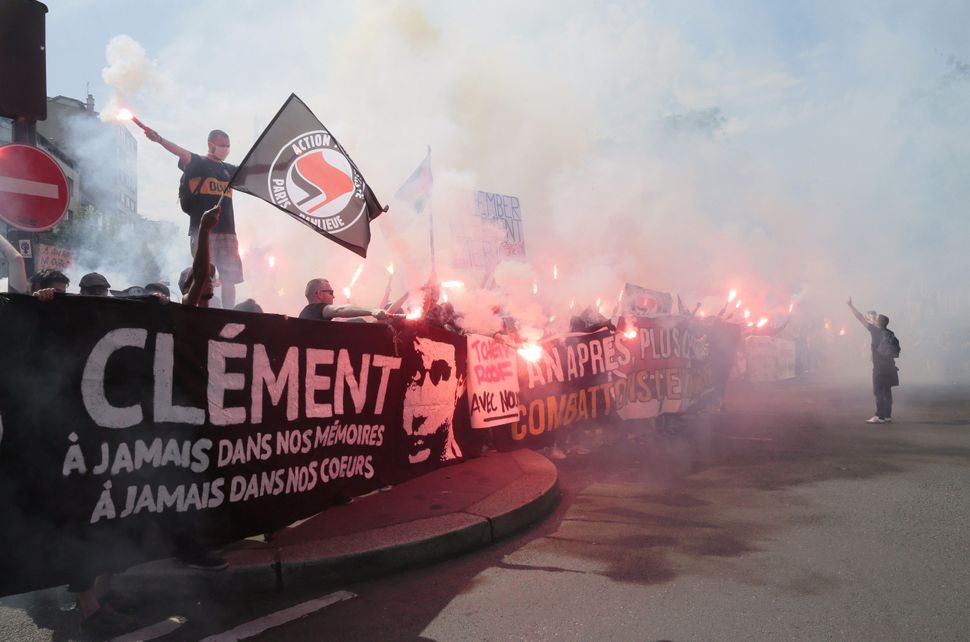 An anti-fascist demonstration in Paris in 2014. Image by Getty

(JTA) — Amid rioting in the West Bank, the Paris branch of the far-left Antifa organization appeared to call for Israel’s destruction and for violent protests in that city against the United States’ recognition of Jerusalem as Israel’s capital.

The call to arms by the Antifa organization in Paris, or Antifascist Action by its full name, came of Friday amid rioting in Israel and the West Bank in which at least 50 Palestinians were injured over President Donald Trump’s declaration on Jerusalem Wednesday night, which he made despite warnings by Palestinian, Arab and European leaders that it would trigger riots.

Noting that CRIF, the umbrella group of French Jewish communities “is asking President Emmanuel Macron to also recognize Jerusalem as Israel’s capital, we can strike a blow against the imperialist West from within the belly of the beast,” the Paris Antifa group wrote in a call on Facebook inviting supporters to a demonstration at Republique square on Saturday “against the colonization of Jerusalem.”

The invitation ended with the words: “Al Quds belongs to the Palestinians, Palestine stretches from the sea to the Jordan River.” (Al Quds is the Arabic-language name for Jerusalem.)

Riots consumed the West Bank and Gaza on Thursday. In Malaysia and Indonesia, hundreds demonstrated outside the US embassies in those countries on Friday to protest the recognition.