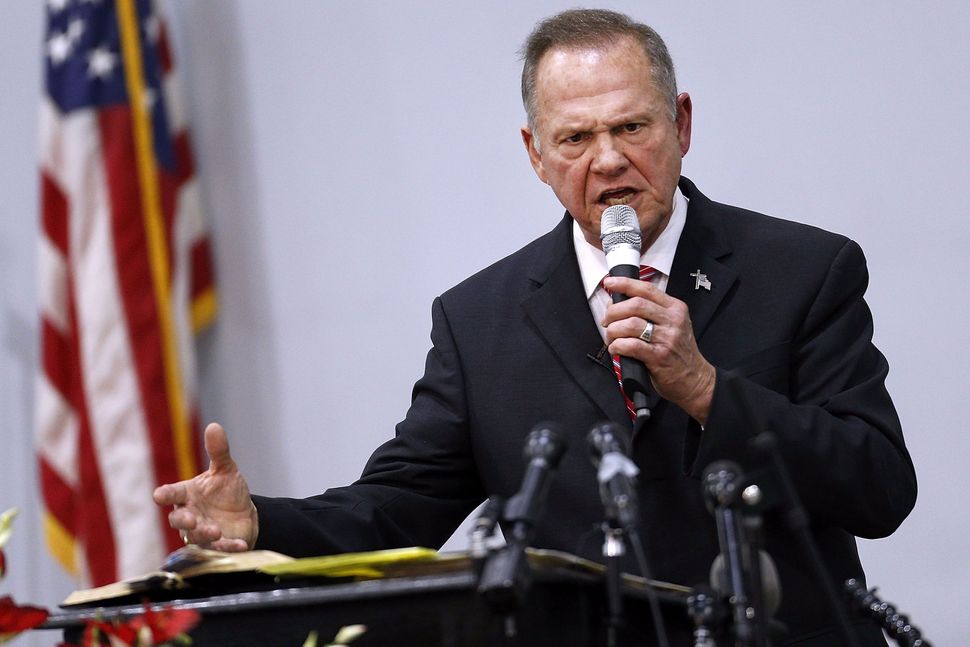 A spokeswoman for Roy Moore once posted a meme implying that if Jews in World War II-era Europe had guns, they would not have gone quietly to the death camps.

“Why gun control?” the meme asked, over an image of Jews being loaded on freight trains by Nazi soldiers. “Because armed people will NOT willingly load themselves into railroad boxcars.”

The meme was accompanied with the hashtags “#NeverAgain” and “#BuyAmmo.”

Porter is a spokeswoman for Moore, the Republican Senate candidate accused of sexual misconduct with teenagers, and an activist for the religious right.

She has previously claimed that Christians in America are persecuted like Jews in Nazi Germany.