Finally: Mathematical Proof That Dreidel Is A Terrible Game 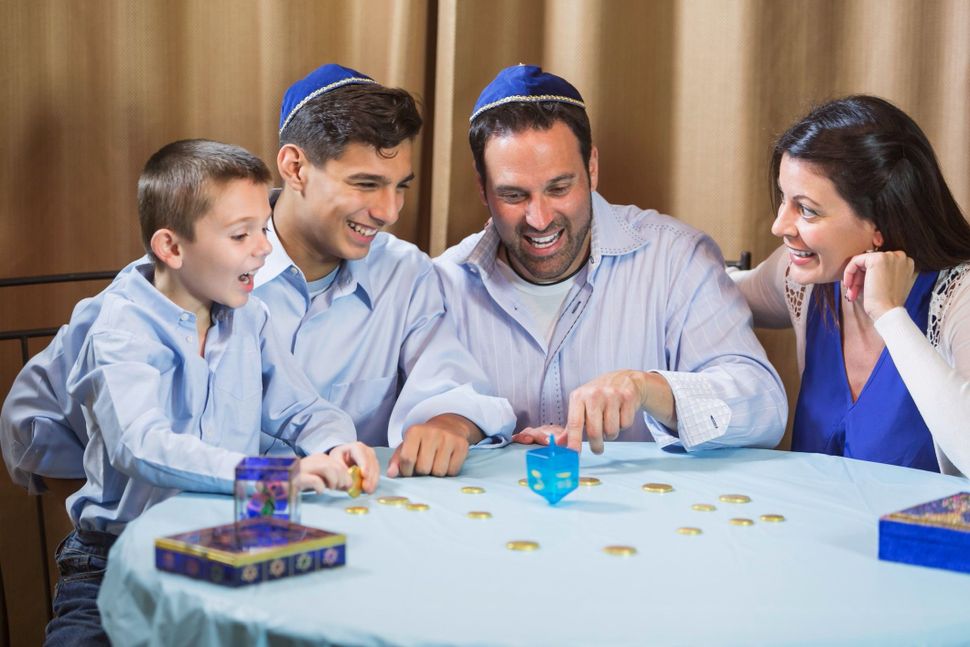 Every winter, parents around the world are forced to tell a well-meaning lie to their children: Christian parents say that Santa Claus is real, and Jewish parents say that dreidel is a fun game to play.

The rules seem relatively simple: Everyone antes one piece of gelt, a chocolate coin. Then the first player spins the dreidel, which can land on one of four Hebrew letters:

Nun: The spinner takes nothing.

Gimel: The spinner takes the whole pot, and everyone antes again.

Hey: The spinner takes half the pot.

Shin (or Pey, if you are in Israel): The spinner puts another piece of gelt in the pot.

Like Monopoly — another game where the object is to make your opponent lose all her fake money, inevitably leading to nasty fights that cause irreparable family breakups — dreidel takes forever to complete. According to an analysis in Slate, a full four-player game with each player starting with 10 pieces of gelt will take an average of an hour and 54 minutes. (That analysis assumes a spin time of eight seconds, based on experimentation with wooden and plastic dreidels — it remains unclear if spin time is significantly different with a little dreidel made out of clay.)

Even starting with only three coins each would still take longer than 100 turns more than a third of the time, a 2015 simulation found.

But even worse than its interminable length is the fact that dreidel is essentially a rigged game. Like Candyland, success or failure in the game is totally out of your hands. And like tic-tac-toe, the odds of winning dreidel improve significantly if you get to go first.

In his article “An Ancient Unfair Game,” published in the October 1976 edition of The American Mathematical Monthly, Robert Feinerman found that because the potential rewards of getting Gimel or Hey are much higher than the potential punishment of landing on Shin, the first spinner has a far greater expected payoff than the second spinner, who in turn has much better odds than the third spinner, and on and on.

He created the following formula for a spin’s expected value on the nth spin with N players:

Some studies have suggested erasing this bias by making the Shin penalty three coins or N-2 coins (that is, two coins in a four-player game).

But really, if you want to play a game that commemorates Jewish heritage in a way that actually takes skill rather than just luck, you might want to consider Trivial Pursuit.

Finally: Mathematical Proof That Dreidel Is A Terrible Game