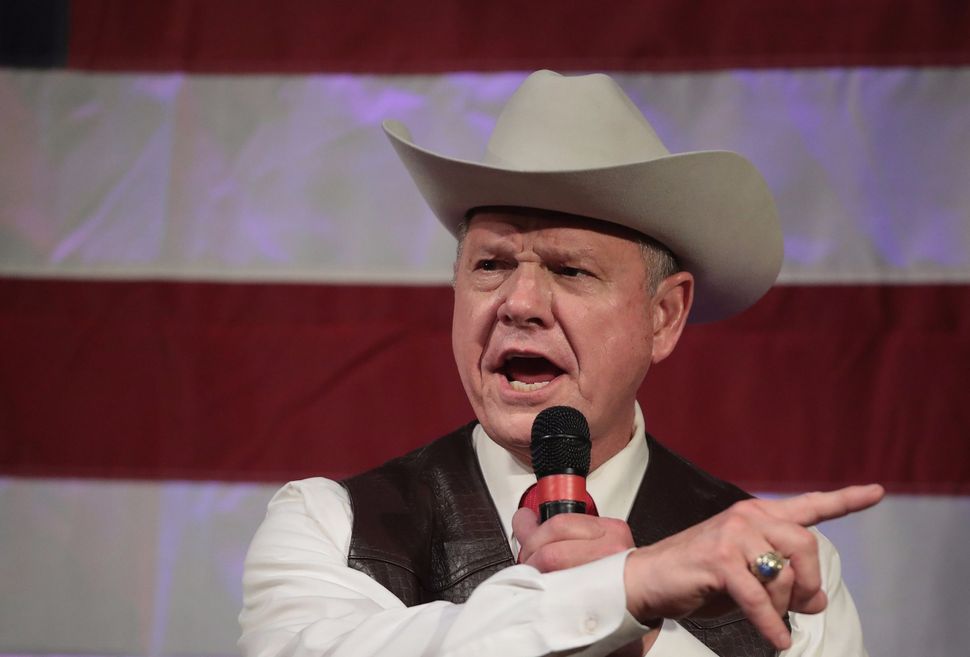 A discussion on CNN about Roy Moore’s chances in Tuesday’s Senate race in Alabama went off the rails Monday when one panelist tried to defend Roy Moore’s comments on the positive side of America’s history of slavery.

The Los Angeles Times reported in September that Moore had been asked by an African-American man when he last thought America was great. “I think it was great at the time when families were united — even though we had slavery — they cared for one another,” Moore responded. “Our families were strong, our country had a direction,” he added.

CNN anchor Kate Bolduan asked Republican activist Ed Martin whether Moore’s comments on slavery would be a problem if he is elected to the Senate.

Martin replied that if Moore is elected, “he’s gonna have to vote on things. Slavery’s not gonna be voted on in the Senate.”

“Are you kidding me?” fellow guest Angela Rye asked.

“No, I’m not kidding you,” Martin replied.