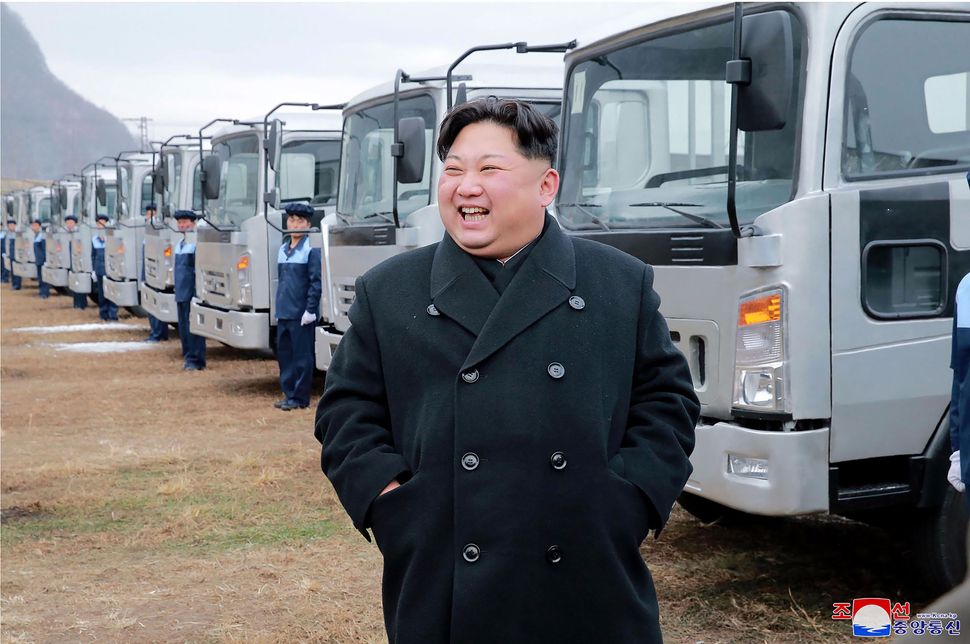 Kim Jong Un, in a photo released by North Korea in November 2017. Image by Getty

A judge who survived the Holocaust called North Korean prison camps “as terrible or even worse” than Nazi concentration camps upon hearing testimony from former prisoners of the regime, The Washington Post reported.

Thomas Buergenthal, who survived a ghetto in Poland and the Auschwitz and Sachsenhausen concentration camps as a boy, is a former human rights judge on the International Court of Justice. He made his statements after hearing testimony on the conditions of the North Korean regime’s labor camps as part of an inquiry conducted by the International Bar Association.

“I believe that the conditions in the [North] Korean prison camps are as terrible, or even worse, than those I saw and experienced in my youth in these Nazi camps and in my long professional career in the human rights field,” Berguenthal said.

Buergenthal is serving on a three-judge panel tasked with hearing testimony from defectors who survived the camps.

Investigators say there are up to 130,000 North Koreans held in four labor camps in the reclusive country.