Evangelicals Declare Trump A Friend Of The Jews 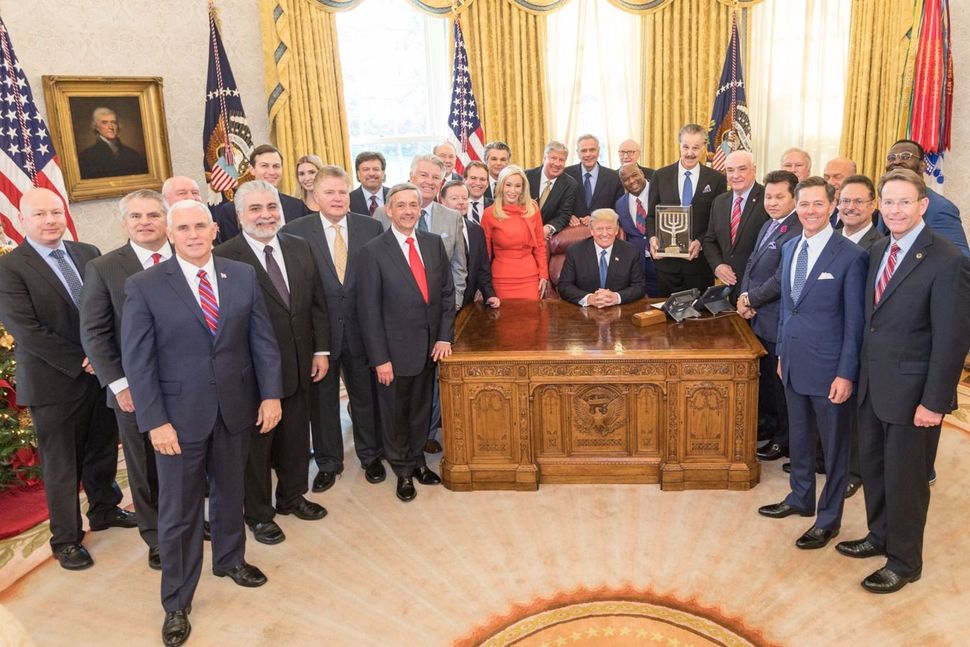 Continuing his victory lap after recognizing Jerusalem as the capital of Israel, President Trump hosted a group of Christian evangelical leaders in the Oval Office, to receive the “Friends of Zion” award.

“We believe no American president in history has done more to defend the Jewish people in the United Nations,” Mike Evans, founder of the Friends of Zion Museum, said of Trump. The Friends of Zion Museum, located in Jerusalem, was established by evangelical groups and highlights the contribution of Christians to Israel and the Jewish people. The award has been given in the past to President George W. Bush, Prince Albert of Monaco, and former Bulgarian president Roman Plevneliev.

Speaking outside the White House after the award ceremony, which was closed to the press, members of the organization praised Trump’s decision to recognize Jerusalem as Israel’s capital and begin work to move the U.S. embassy to the city. “He is an anomaly because he keeps his promises,” said Tony Perkins, president of the Family Research Council. “Evangelicals, conservatives across this country are grateful for the fact that he has actually done exactly what he campaigned on.”

Evangelicals Declare Trump A Friend Of The Jews