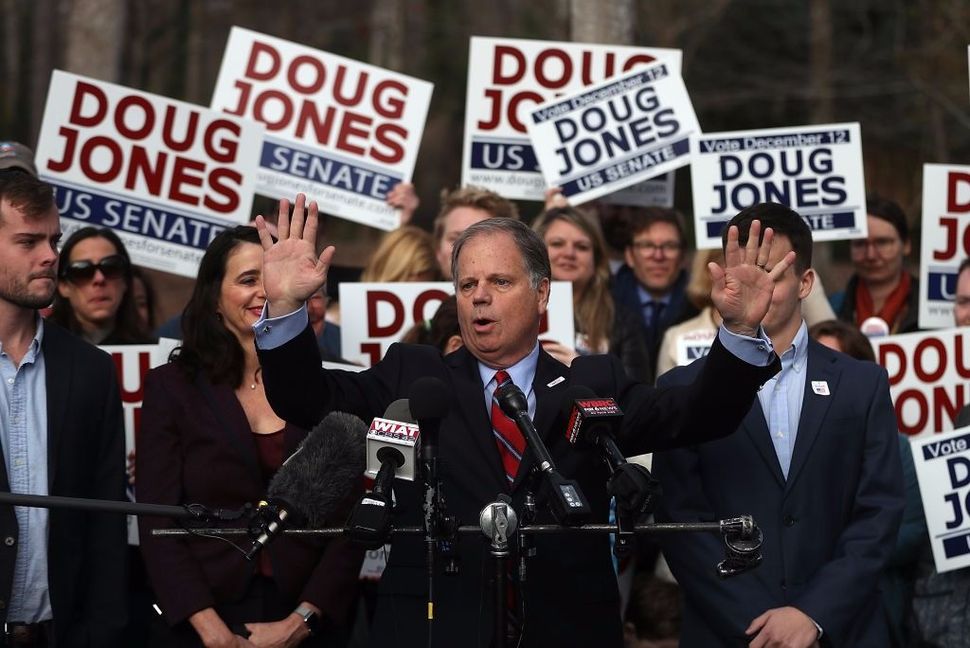 Democrat Doug Jones won Alabama’s election for the U.S. Senate on Tuesday, scoring an upset victory in a deeply conservative state against a Republican candidate who was backed by President Donald Trump, U.S. media said.

Jones, 63, a former federal prosecutor, prevailed over Roy Moore, whose campaign was dogged by allegations of sexual misconduct toward teenagers.

While Republicans maintain control of both houses of Congress, Jones’ victory will reduce their majority in the U.S. Senate to 51-49, possibly making it harder for Trump to advance his policy agenda.

Analysts said most of Alabama’s small Jewish community lined up behind Jones.