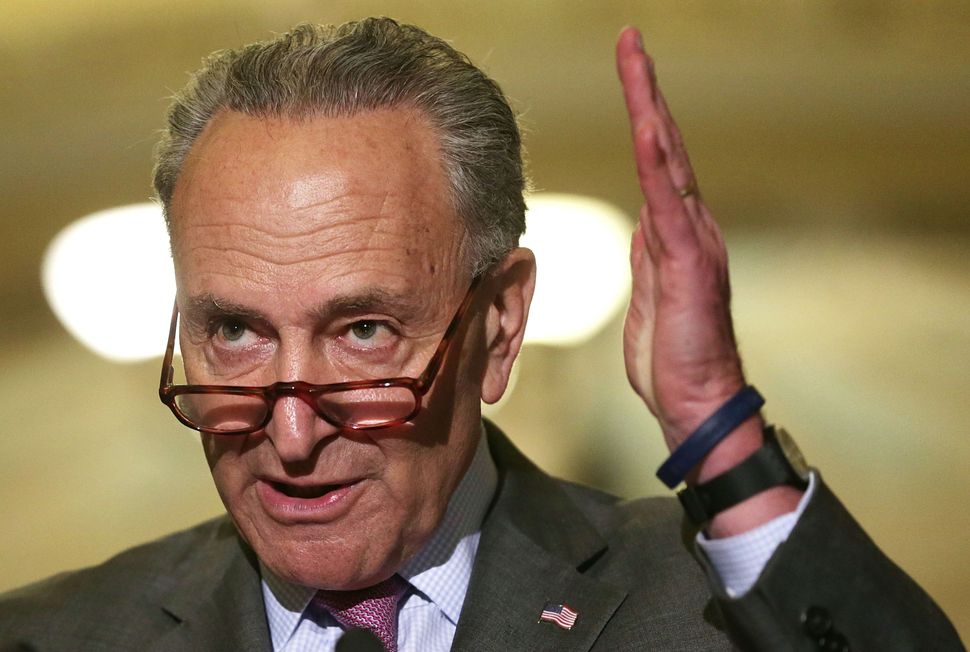 Senate Minority Leader Chuck Schumer speaks during a media briefing at the Capitol.

(JTA) — Senate Minority leader Charles Schumer said he was the victim of a fake report regarding sexual harassment.

The news website Axios first reported that Schumer, the senior senator from New York, has turned over to Capitol Police a document that alleges in detail sexual harassment accusations by a former staffer.

The former Schumer staffer told Axios in a phone interview that she did not write the document, that none of the charges are true, and that her signature was a forgery.

“I have contacted law enforcement to determine who is responsible. I parted with Senator Schumer’s office on good terms and have nothing but the fondest memories of my time there,” she said in a statement to Axios.

The 13-page document was prepared to look like a lawsuit that was filed in U.S. District Court, but lacked information that would have normally been included in such a document, including the name and contact information for the attorney of the alleged accuser.

The woman worked for Schumer from 2009 to 2012 but now works elsewhere in the federal government, according to The Hill. She told reporters that she also has contacted police over the fake lawsuit.