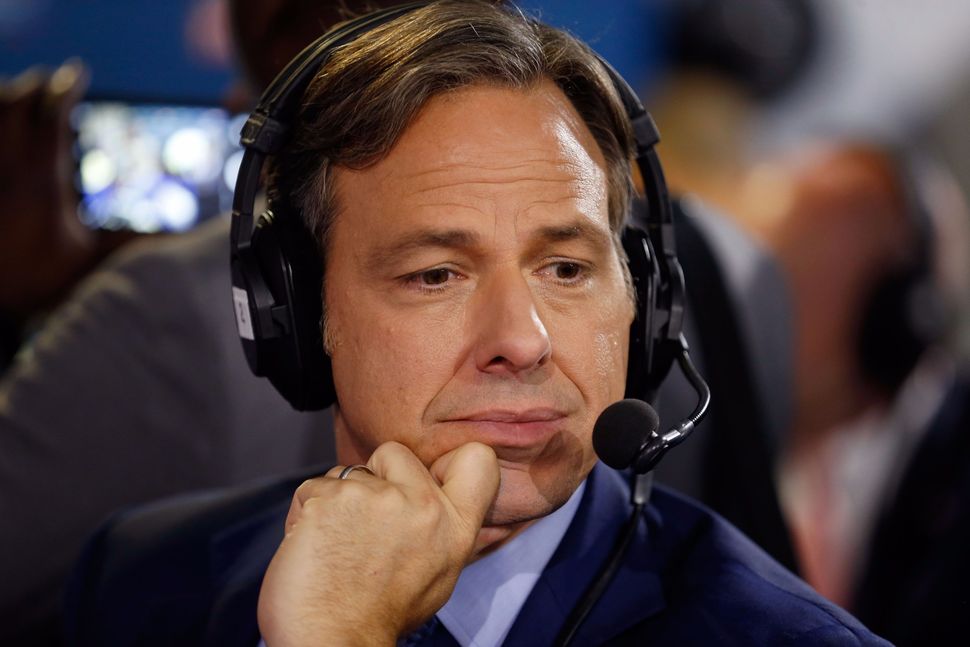 Jake Tapper left a Roy Moore spokesman speechless after a tense exchange about the role of the bible in swearing in a public official, the Washington Post reported. Tapper, host of CNN’s “State Of The Union” program, interviewed Ted Crockett as polls in Alabama were about to close Tuesday evening.

Tapper noted Moore had said that a Muslim cannot hold public office in the U.S.

“Why?” Tapper asked Crockett. “Under what provision of the Constitution?”

Christian bibles are not a requirement in swearing in a public official. The Constitution prohibits any religious test for public office.

“You don’t actually have to swear on a Christian Bible. You can swear on anything, really,” Tapper said.

The spokesman was left dumbfounded, and seemed unable to speak for several seconds.

Roy Moore campaign spokesman says Muslims shouldn’t be in US Congress because they have to swear on the Bible. @jaketapper lets him know that’s not the case https://t.co/2lQPwuRXrC


Crockett tried to respond by noting that Trump was sworn in on a bible before Tapper quickly ended the live interview.