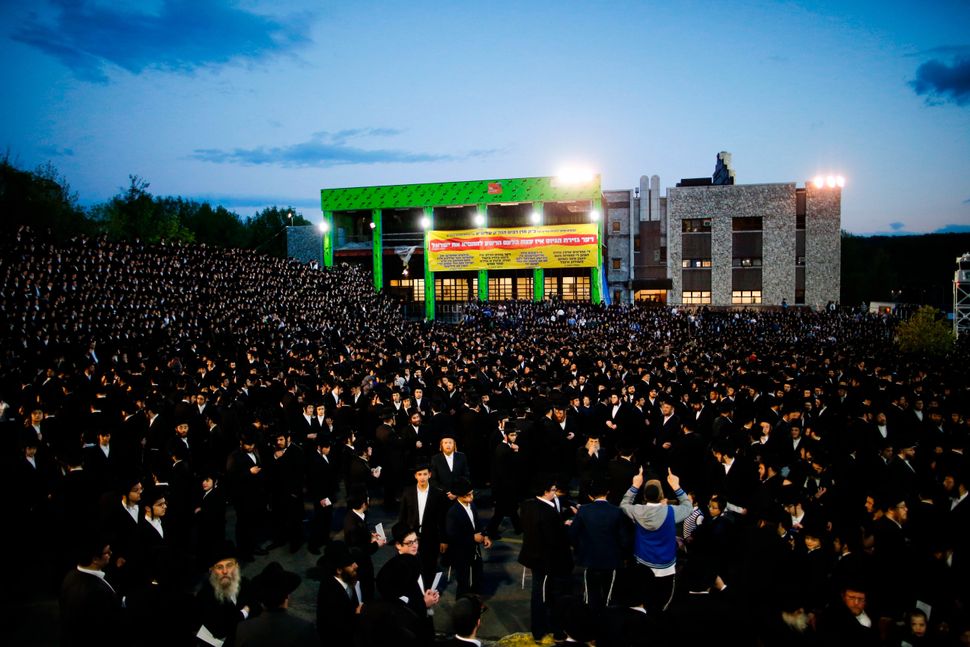 Satmar Hasidic Jews gathering in Kiryas Joel in May 2017 for the holiday of Lag B’Omer. Image by Getty

Officials in the Hasidic village of Kiryas Joel, in New York, gave final approval this month to a major development that will increase the village’s population by 40 percent over five years, the Times Herald-Record reported.

Kiryas Veyoel Gardens, a 1,600 condo development, is expected to bring 9,000 residents to a currently undeveloped 70-acre plot of land. At full capacity, the development would be significantly denser than Manhattan.

The plans include designs for 69 closely situated condo buildings along with two community centers. The development will be linked by a pedestrian bridge to the rest of Kiryas Joel, which lies on the other side of a county road.

Kiryas Joel, one of the poorest communities in the country, has seen its population more than triple since 1990. The development is expected to relieve overcrowding in the town, inhabited almost exclusively by members of the Satmar Hasidic group.

The development is expected to be completed in 2025.