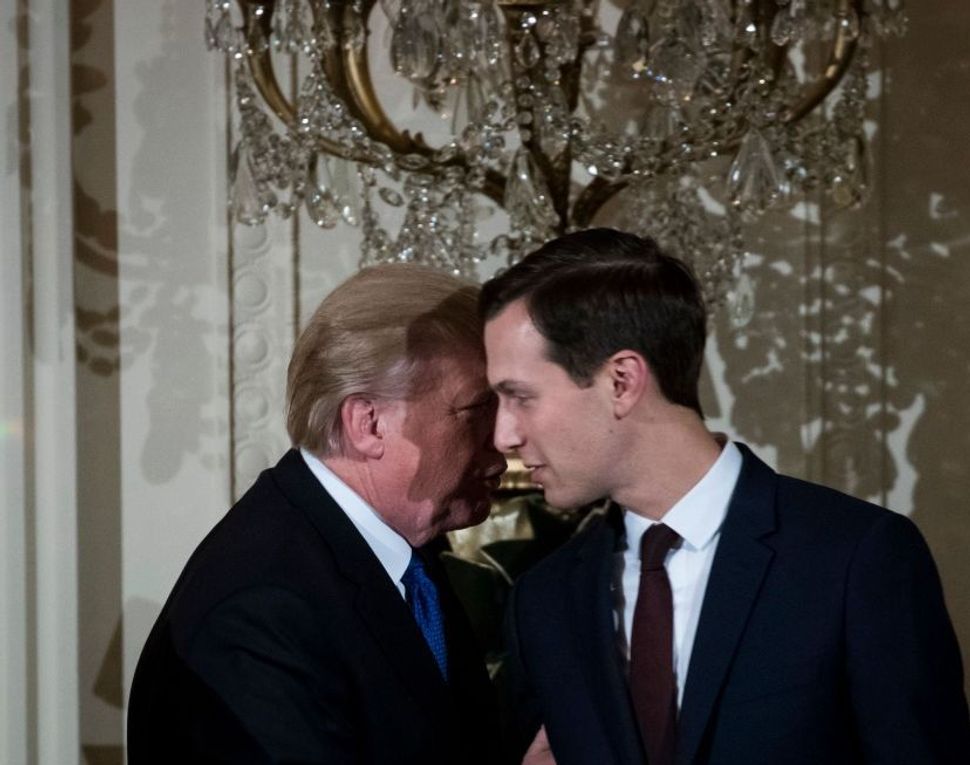 Tens of thousands of emails from Jared Kushner and other senior members of the Trump transition team have reportedly been obtained by Russia probe special counsel Robert Mueller.

While there is no word on whether the trove includes incriminating evidence against President Trump’s Jewish son-in-law, they reportedly include internal strategy and gossip, which may include discussion of improper contacts with Russia or other foreign powers.

The White House was reportedly blindsided by the report in Axios, as it didn’t realize the General Services Administration, which hosted the transition team’s communications, had already handed over the emails to Mueller.

“Mueller is using the emails to confirm things, and get new leads,” a transition source told Mike Allen of Axios.

In a sign of how the battle over Mueller’s probe is escalating, an attorney for the Trump transition group whipped off a letter to Congress claiming Mueller obtained the email trove improperly.

Kushner has already been implicated by fired National Security Adviser Michael Flynn, who is cooperating with Mueller, for instructing him to work with Russia and other foreign powers to block a resolution on Israel at the United Nations that the U.S. abstained from. Kushner also failed to disclose several meetings with top Russia officials.

The revelations come as rumors swirl that Kushner may soon be indicted and his lawyer confirmed he is hiring a crisis public relations team.