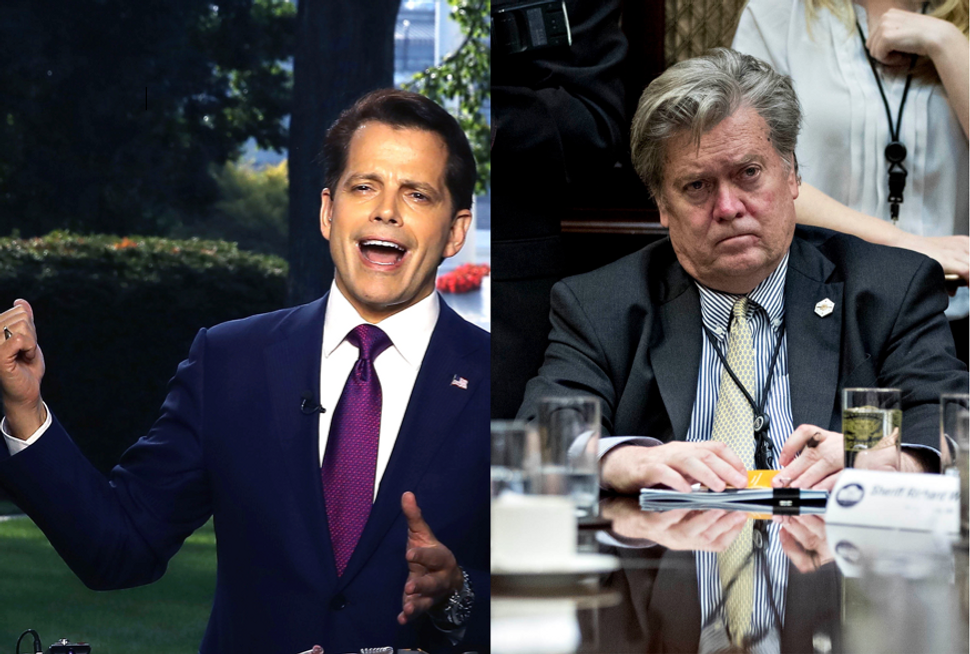 At a party hosted by Rabbi Shmuley Boteach, an outspoken supporter of Trump, the Mooch spoke about the cutthroat atmosphere at the White House, where he lasted about 10 days.

He summed it up as, “You can be my friend for 30 years, but I’m gonna stab your eyeball out with an ice pick if it gets me more power.”

Scaramucci went on to question Bannon’s support for Israel. Bannon was featured last month at the Zionist Organization of America’s blowout gala.

“He’s a loser,” Scaramucci said. “He’ll be a stalwart defender of Israel until he’s not. That’s how this guy operates.”

Scaramucci landed in hot water in October after his media venture Scaramucci Post tweeted out a poll asking Twitter users how many people died in the Holocaust.

Scaramucci was fired from the White House this past summer after his assertion that Bannon was trying to perform auto-fellatio was published in The New Yorker. He touched on the controversy at Boteach’s Upper West Side townhouse.

“What I said about those people… was basically true and everybody knew that,” he said.