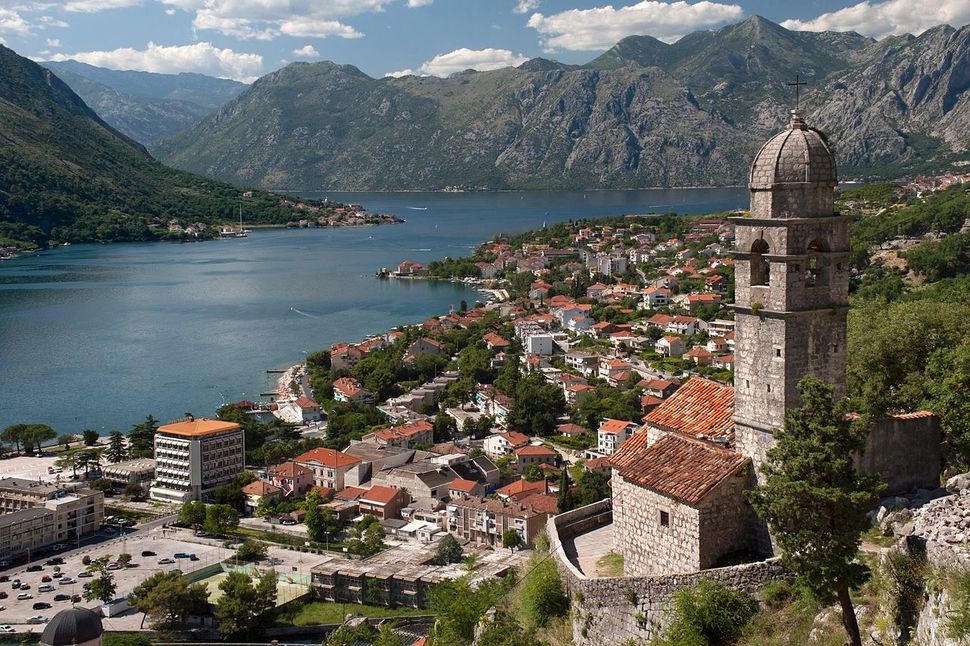 (JTA) — Montenegro’s foremost politicians joined their president and faith community leaders for the first laying in centuries of a cornerstone for a synagogue in the area that now comprises that Balkan nation.

President Philip Vujanovic was joined Tuesday at the synagogue’s construction site by the acting and former mayors of the capital of Podgorica, Slavoljub Steipovich and Myomir Mugosha, and the heads of the country’s state-recognized religious streams and faiths, which include Catholicism, Easter-Orthodox Christianity, Islam and Judaism, the Balkan Pro news site reported.

Also in attendance at the ceremony, which took place earlier than scheduled, was the president of the local Jewish community Yasha Alfandari.

Montenegro has 400 Jews, according to the World Jewish Congress, “with maybe a tenth of that participating in actual Jewish spiritual life,” according to Ari Edelkopf, a Chabad rabbi who earlier this year became Montenegro’s first resident rabbi in over a century.

The government of Montenegro, which became independent in 2006 after breaking away from Serbia, gave the land for the synagogue in 2013.

The opening of the Podgorica synagogue is set to be the second one this century in the Balkans, following the dedication of a new synagogue in Macedonia in 2000.