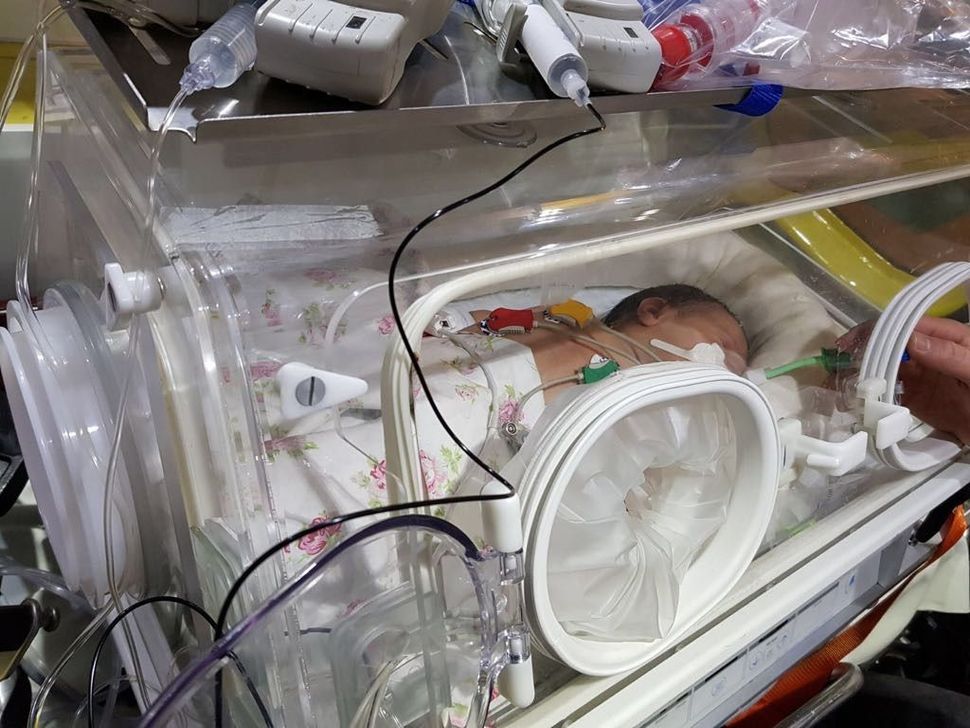 JERUSALEM (JTA) — A two-day-old baby born to Syrian refugee parents in Cyprus was flown to Israel to fix a severe heart defect.

The baby, who was born in a refugee camp in Cyprus, was airlifted to Israel on Friday night for the life-saving operation at Sheba Medical Center in Tel HaShomer. He arrived with his father.

Israel was alerted to the baby’s need after the Cypriot Health Ministry contacted Israeli Ambassador to Cyprus Sammy Revel and asked that the baby be allowed to enter Israel and receive treatment.  The Foreign Ministry then asked Interior Minister Aryeh Deri for permission to allow the baby and his father to enter Israel.

The baby is expected to undergo surgery on Monday. Following the surgery, the baby will have to remain under observation for a “period of time,” according to the hospital.

“Praying for a full and quick recovery,” the foreign affairs ministry said in a tweet.