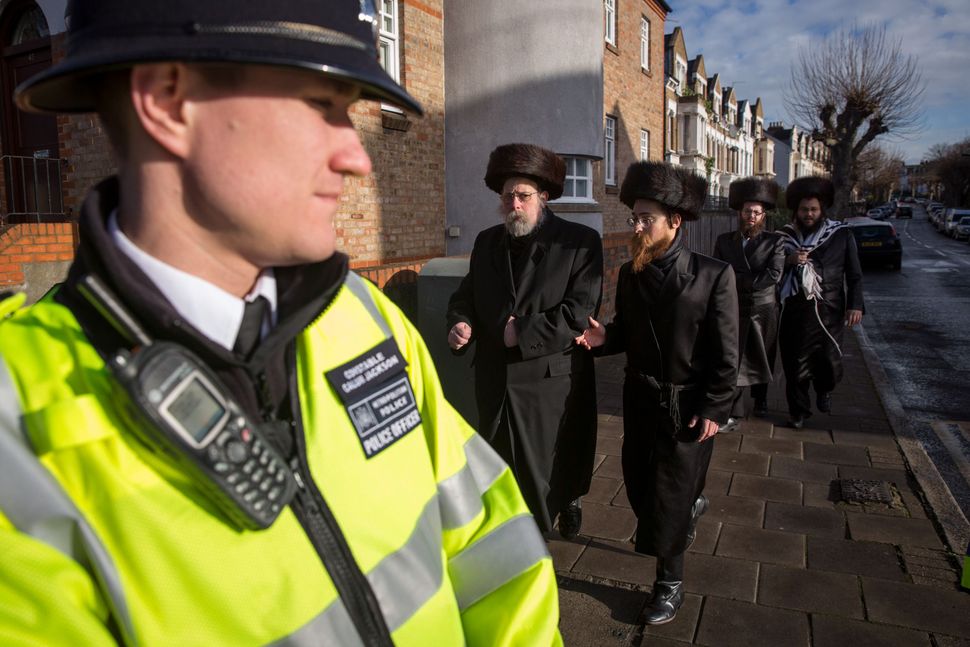 A police officer stands guard in the heavily Orthodox north London neighborhood of Stamford Hills in 2015. Image by Getty

The incident took place on Friday afternoon as the Jewish Sabbath was approaching, over a parking space. Stamford Hills is home to a large population of haredi Orthodox Jews.

The driver repeatedly said “Hitler was a great man,” at the urging of another driver in the rant captured on video.

“Hitler was a great man, he knew what he was doing,” the driver, who appeared to be of Caribbean origin, shouted at a haredi Orthodox Jewish resident of Stamford Hill, who was filming the altercation.

“You think you own the world? You don’t own the world. This is Stamford Hill, it’s not Israel,” the truck driver also said before driving away.

Rabbi Herschel Gluck OBE, president of Stamford Hill Shomrim, said that “the words used in this anti-Semitic rant is absolutely abhorrent and disgusting, I am deeply shocked that a person can hold and feel free to express such despicable views.”