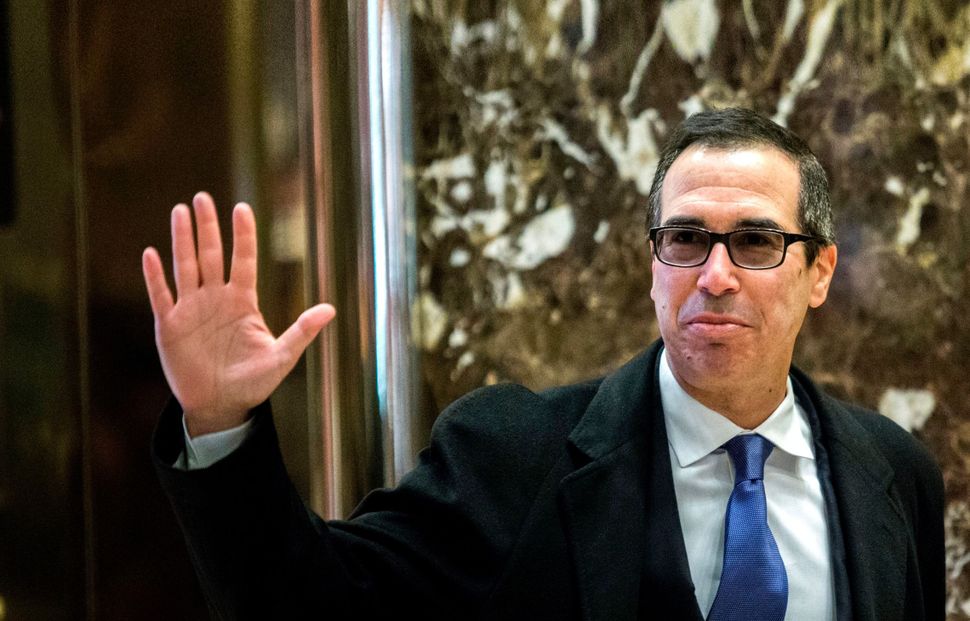 A bomb squad was called to the Los Angeles home of Treasury Secretary Steve Mnuchin Saturday night after a mysterious package was left on the doorstep. But it was just a pile of horse manure, the New York Times reported.

Helicopter footage captured authorities spilling the manure out of a large box onto Mnuchin’s porch.

The sender? “The American People,” the card read, according to police.

Mnuchin, who was home at the time, was made aware of the situation but not removed from the property. The Secret Service declined to comment.