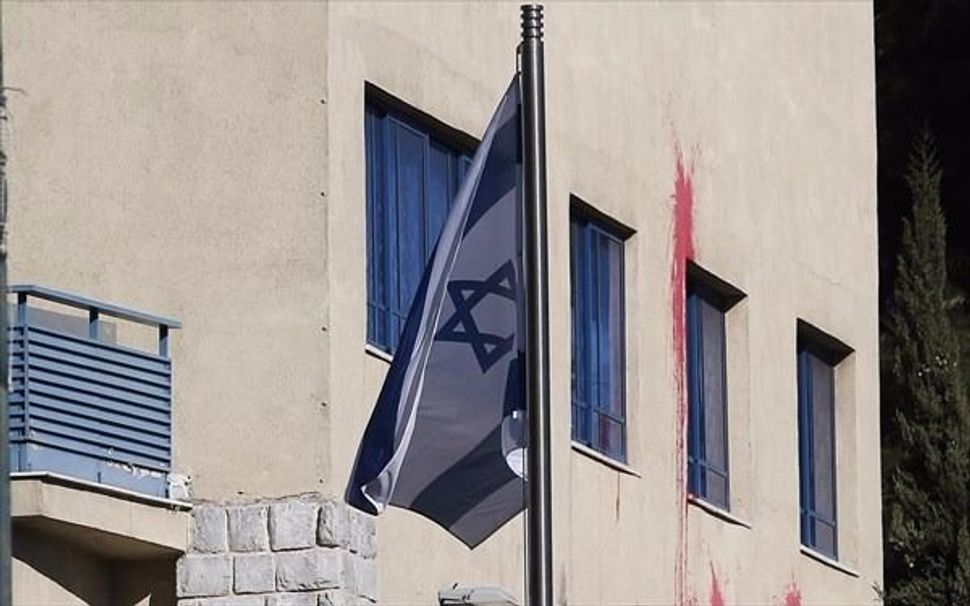 The Israeli Embassy in Athens after being vandalized. Image by Naftemporiki

(JTA) — Members of an anarchist group in Greece vandalized the Israeli embassy in Athens using bottles of red paint.

The group, Rubicon, filmed themselves committing the early-morning attack on Monday and posted the video online. The video shows the members of the group riding up to the embassy building on motorcycles and throwing the paint at it.

The embassy may not have been as well guarded as usual due to the Christmas holiday. The building reportedly is located at a busy intersection, according to local reports.

“We identify with the Palestinians, a nation that for decades has been a victim of oppression,” Rubicon said in a statement released after the attack. “In reality, the Palestinians are pressured to leave their land. This is ethnic cleansing at a low intensity level for decades.”