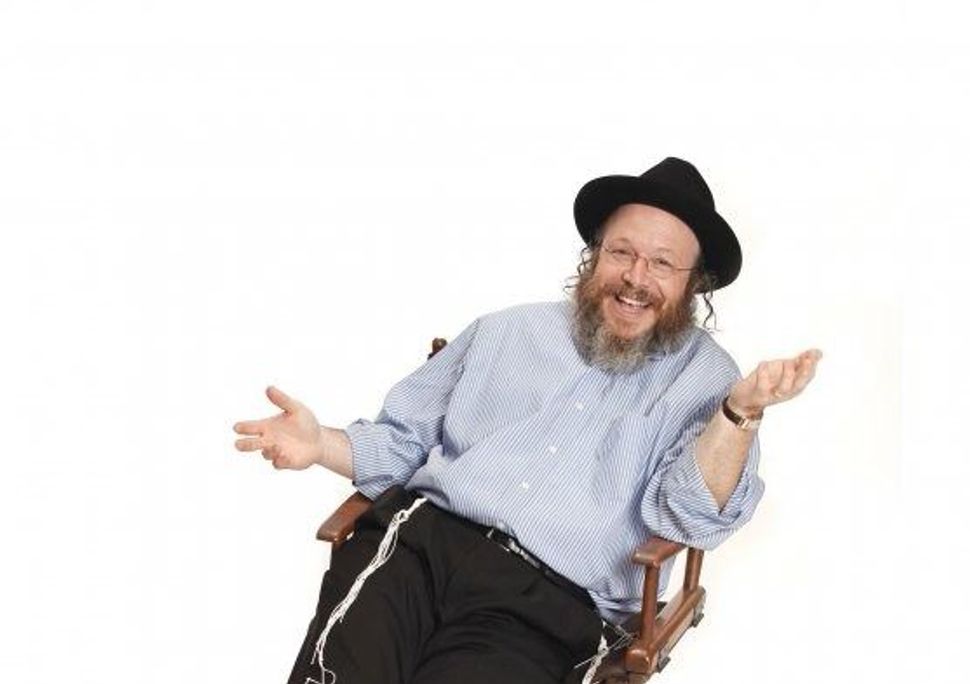 Yisrael Campbell is a Catholic-turned Orthodox Jewish comedian who has made his complicated spiritual path the subject of over a decade of stand-up jokes.

Campbell was born in Pennsylvania to a family of Irish and Italian Catholics and later in life went through a series of Jewish conversations — first to Reform, then Conservative and finally Orthodox Judaism. This month he’s debuting new material in Jerusalem as part of his show, “My Beard is My Best Friend.”

This latest chapter in Campbell’s one-man show comes after a request from a Canadian production company to film Campbell for a possible future TV program. The routine will “carve out new ground” for Capmbell’s career, Gary Rudoren, who directed the show and is Campbell’s longtime writing partner, told the Times of Israel.

Decades ago, Campbell’s interest in Judaism was sparked when his girlfriend at the time have him a copy of Leon Uris’s Zionist novel “Exodus.”

He was enthralled. “So he replaced his addiction to alcohol with an addiction to God,” the Guardian wrote in 2007. Over the next years he went through a series of conversions and then moved to Jerusalem. He says he makes sense of life’s unexpected turns through his comedy routine.

“Comedy and being able to laugh is cathartic for me and helps transitionally,” Cambell told the Jerusalem Post. For me, it’s a gift and a way of connecting to people.