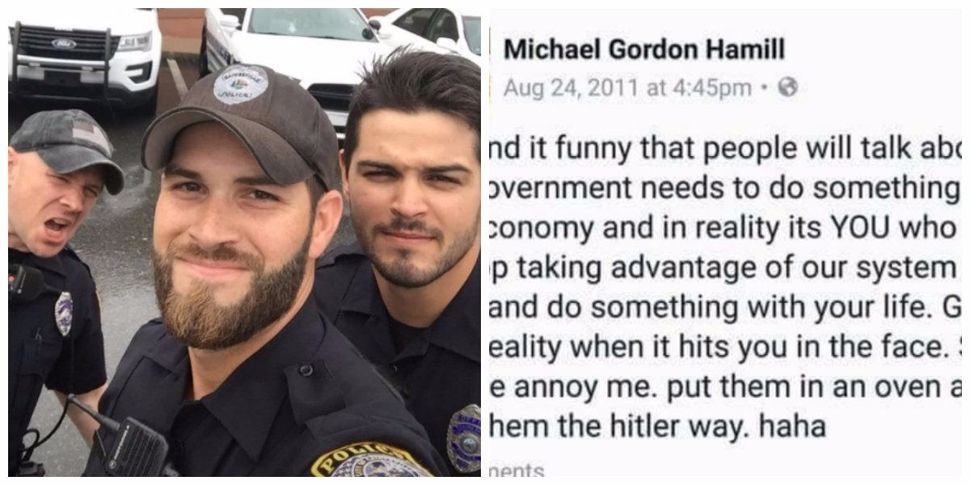 A photo of Officer Michael Hamill and two other members of the Gainesville Police Department went viral in August, with the snapshot of the three “hunkapotamuses” getting more than 500,000 likes on Facebook. But soon after, several people reported screenshots of Hamill’s social media activity from 2011 and 2013, before he joined the force in 2016.

Hamill told Holocaust jokes and said that people who people “take advantage of the system” of government benefits should be dealt with “in an oven…the Hitler way. Haha.”

Hamill was suspended on September 15 amid an internal investigation into his posts, as well as an allegation that he had sex while on duty. He resigned on December 6, the Gainesville Sun reported.

“Both allegations would have been sustained with a possible recommendation of up to termination,” police department spokesman Ben Tobias said in a statement.