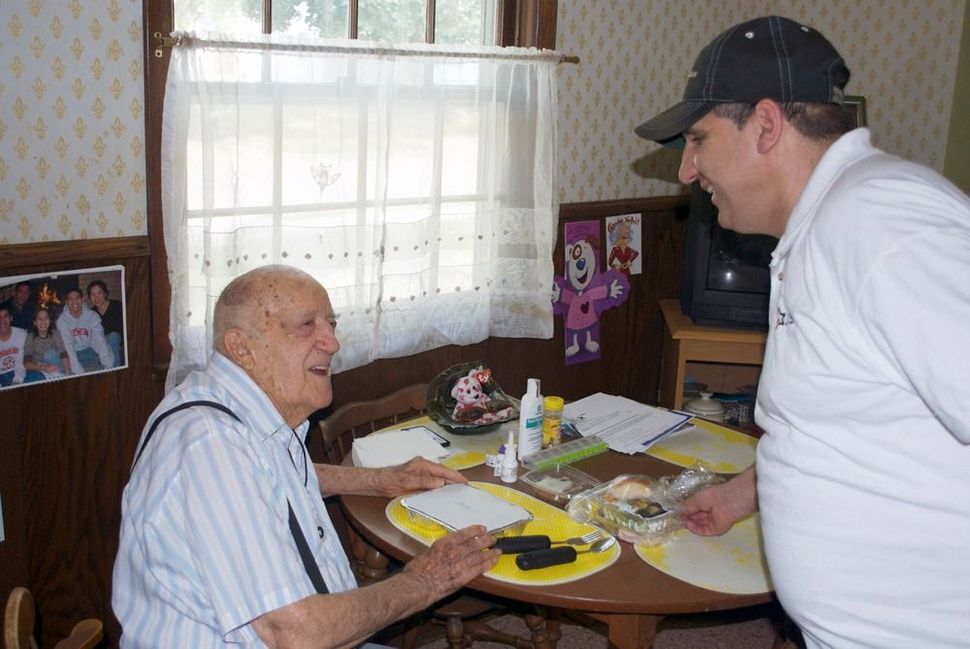 A man receiving a delivery of a kosher “Meals On Wheels” dinner. Image by JNS.org

Yehoshua Hershkovitz, who started the first kosher “Meals On Wheels” program out of his Brooklyn kitchen, died Monday, the New York Times reported. He was 92.

In 1975, Hershkovitz founded Tomche Shabbos (“supporters of the Sabbath”) out of his home in Borough Park. Though he was a postal clerk, he was concerned that his neighbor, and others in his community, could not afford to put food on the table on Friday evenings.

The original Tomche Shabbos now distributes meals to 600 families in Brooklyn. The format has been spread to Jewish communities around the world and of every denomination.

Hershkovitz was born in Hungary in 1925. In 1944, he was deported to Dachau, a concentration camp near Munich. When the camp was liberated, Hershkovitz learned that most of his family had been killed in the Holocaust.

Hershkovitz, a humble man who consistently refused opportunities to be honored in front of his community, knew the importance of discretion in giving tzedakah, or charity.

“Some families are ashamed,” Mr. Hershkowitz told the New York Times in 1984. “So we don’t tell them where the stuff is coming from. We say it’s a grocery delivery and go away.”