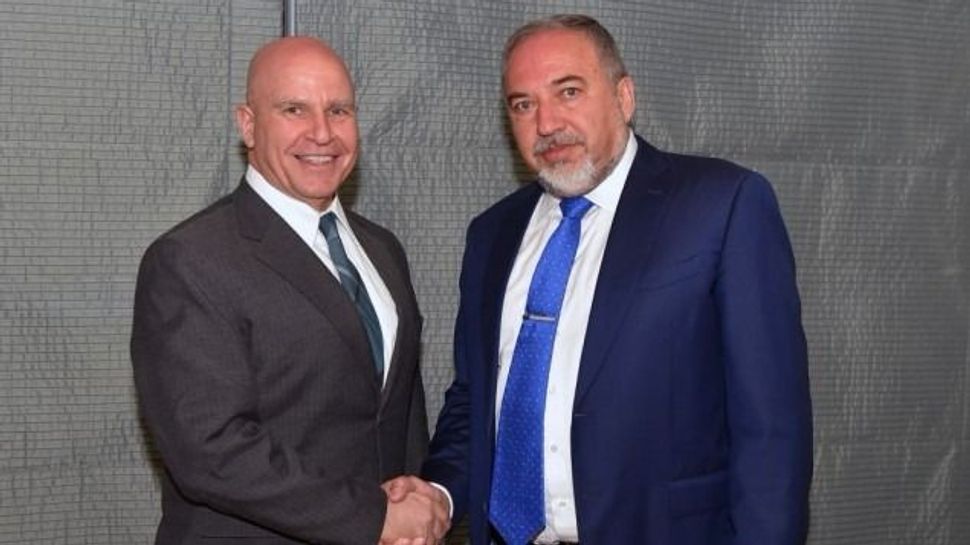 WASHINGTON (JTA) — Top U.S. and Israeli teams have agreed on a strategy to counter Iran.

Barak Ravid, a reporter for Israel’s Channel 10 and for the U.S. political newswire Axios, reported on Thursday that teams led by President Trump’s National Security Adviser, H.R. McMaster, and his Israeli counterpart, Meir Ben-Shabbat, agreed on overt and covert plans to block any potential nuclear threat from Iran.

Additionally, the joint document aims to counter Iran’s expanded missile development, its military interventions in Syria and its support for Hezbollah and other designated terrorist groups.

Hezbollah is the preeminent militia in Lebanon and has launched wars with Israel in the past.

The American and Israeli teams would form working groups and hew to an Iran strategy Trump outlined in October, which includes reviewing and amending the 2015 Iran nuclear deal and expanding pressure on Iran outside the framework of the agreement. The 2015 deal exchanges sanctions relief for a rollback in Iran’s nuclear program. Trump has said it’s a bad deal and wants tougher strictures.

Close U.S.-Israel cooperation on Iran is not new; U.S. and Israeli intelligence teams are believed to have cooperated on a computer virus that sabotaged Iran’s nuclear program in the first years of the Obama administration. Cooperation was tamped down after 2013, however, when Obama administration official stopped fully briefing Israeli officials, suspecting they were behind leaks aimed at scuttling the emerging Iran deal.