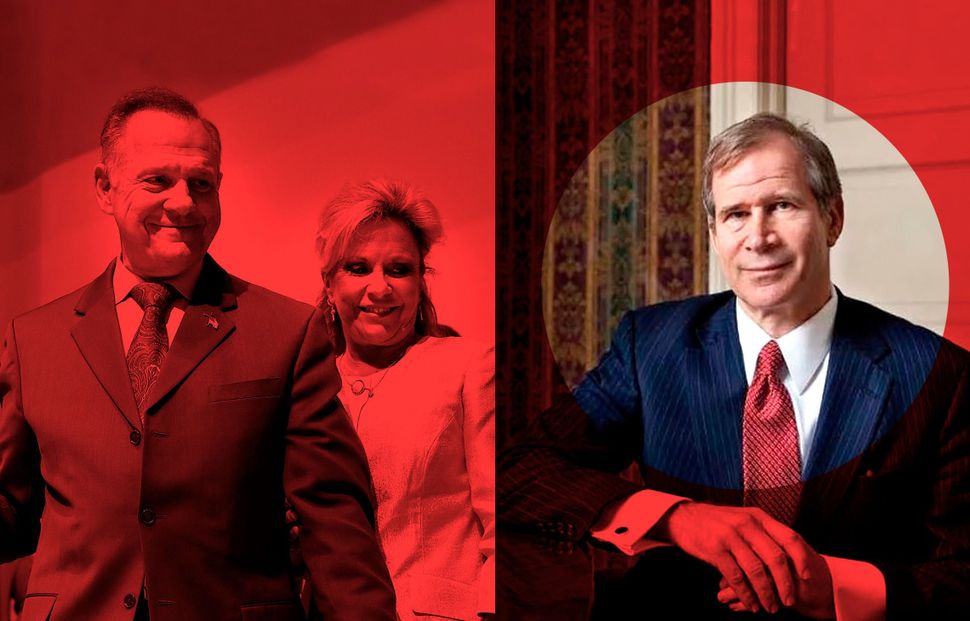 The Jewish lawyer whom Alabama senate candidate Roy Moore’s wife referenced as their attorney in an effort to thwart anti-Semitism allegations is actually a friend and supporter of Moore’s opponent Doug Jones.

The identity of that lawyer was the subject of much curiosity in the national media before the Forward identified him as Richard Jaffe, a prominent local attorney who defended Moore’s son Caleb from drug charges in 2016.

The Forward revealed that Jaffe had been longtime friends and occasional colleagues with Jones, a fellow lawyer. Jaffe told the Washington Examiner that he had helped fundraise for Jones.

“There could not be a more passionate supporter of Doug than me!” Jaffe said.

Jaffe stood alongside Jones during his victory speech last month and told the Examiner that he plans to be at the Capitol on Wednesday to see Jones sworn in as a senator.

Jones defeated Moore in a special election on December 12.