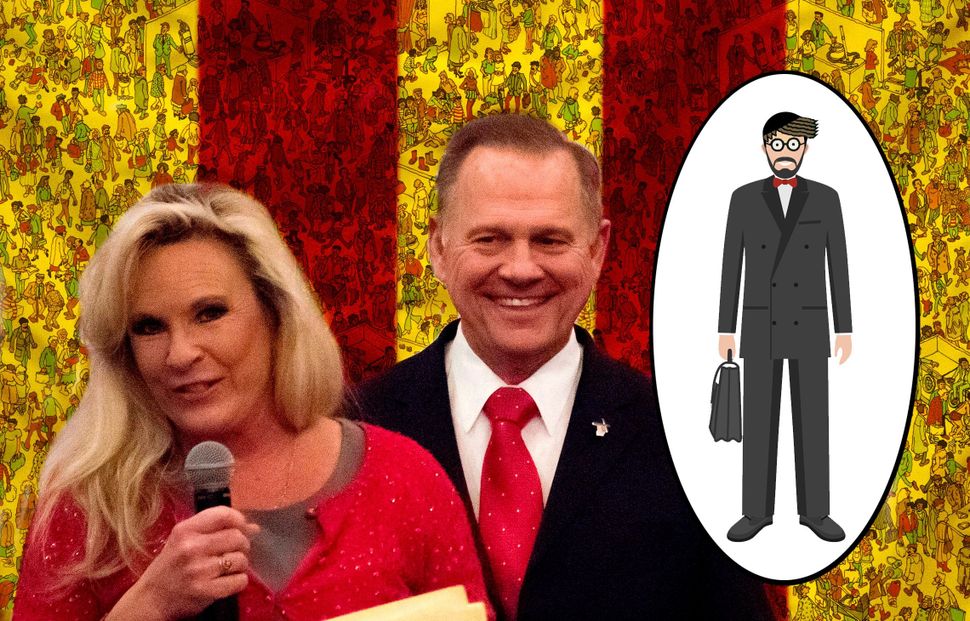 Alabama Senate candidate Roy Moore’s wife Kayla made waves last month when she tried to defend her husband from charges of anti-Semitism by saying, “One of our attorneys is a Jew.”

The Forward was the first publication to report that Moore’s son Caleb was defended on drug charges in 2016 by an attorney named Richard Jaffe, who is Jewish — and a friend and outspoken supporter of Moore’s opponent, Doug Jones.

But Kayla Moore now says that she was referring to someone else.

“Kayla was certainly not referring to Richard Jaffe but rather to an attorney currently employed by her Foundation for Moral Law,” her spokesperson told the local news site AL.com on Tuesday.

According to its website, the foundation only has two employees: Moore and Col. John Eidsmoe, the group’s Senior Counsel & Resident Scholar. But according to Eidsmoe’s biography on the website, he is an ordained pastor in the Association of Free Lutheran Congregations.

Moore had also said in her fateful speech last month that she and her husband “have very close friends that are Jewish and rabbis and we also fellowship with them.” According to Southern Jewish Life magazine, she was referring to leaders at Beth Hallel, a Messianic Jewish congregation that no other denominations of Judaism recognize as legitimate.

Roy Moore unsuccessfully mounted a legal challenge to his election loss last month, alleging voter fraud. One of the “experts” he relied on in his filing was James Condit, Jr., a Holocaust denier who claimed that Israel had a role in the September 11, 2001 terror attacks.