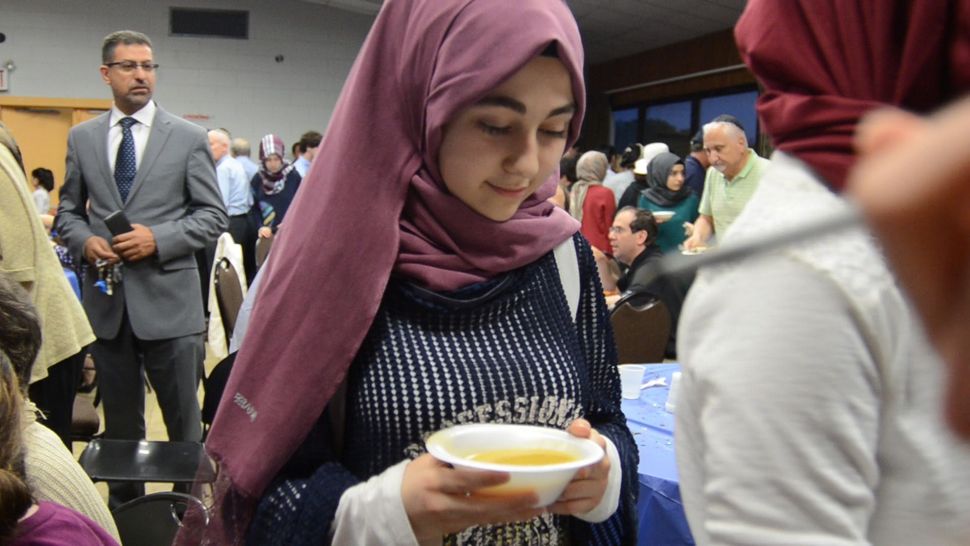 Participants get food at a Muslim-Jewish iftar dinner on June 20, 2016 at the Kings Bay Y in South Brooklyn. Image by Thea Glassman

Earlier this year, Pew estimated that are currently 3.45 million Muslims by religion of all ages in America, around 1.1% of the U.S. population. In 2013, Pew estimated that there were 6.7 million Jews of all ages in America, though only 4.2 million adults who identify as “Jews by religion” (that number does not include children or “Jews of no religion,” such as atheists or non-affiliated people raised by a Jewish parent).

Pew said in its latest that the rise in the Muslim population would be driven by American Muslims’ relatively high birthrates, as well as the continued migration of Muslims to the United States (although changes in immigration policy could affect those numbers).

In addition to higher birthrates than Jews, Muslims appear to be less likely to marry outside the faith: Only 13% of Muslims have a non-Muslim spouse, compared to 36% of Jews having a non-Jewish spouse.