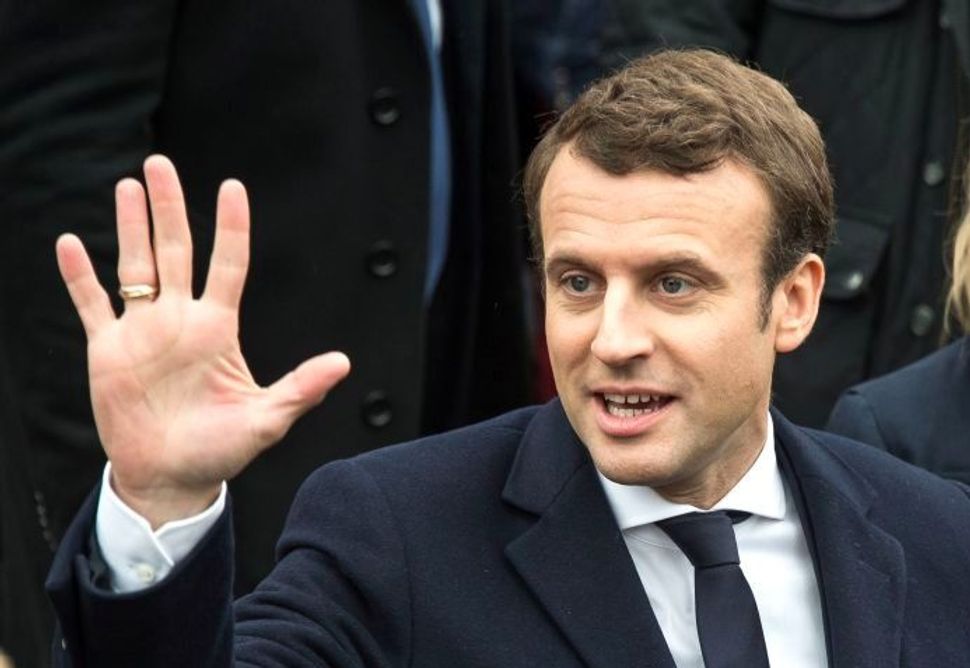 Macron, who in November said France wished to counter “Iranian hegemony” in the region, made the remarks on Jan. 3 in Paris during a talk with media outlets and diplomats, the Russian news channel RT reported.

“The official line pursued by the United States, Israel and Saudi Arabia, who are our allies in many ways, is almost one that would lead us to war,” Macron said in his statement, which is unusual in that it lays blame on France’s allies rather than its estranged trade partner Iran for a perceived risk of escalation.

Seyyed Abdolrahim Mousavi, an Iranian military officer currently acting as the Commander-in-Chief of the Islamic Republic of Iran Army, in September said: “We will destroy the Zionist entity at lightning speed, and thus shorten the 25 years it still has left.” He added:  “Every stupid act will turn Tel Aviv and Haifa into dust.”

In November, Saudi Arabia’s crown prince in an unusually harsh condemnation of Iran said that the country’s supreme leader Ayatollah Ali Khamenei is the “new Hitler of the Middle East” and must be stopped. Mohammed bin Salman said this in an interview with the New York Times’ Thomas Friedman.

President Trump has accused Iran of not living up to the spirit of a deal agreed to by Iran, the United States, France and four other countries that offered Iran relief from sanctions in exchange for a dialing back of some elements of its nuclear program. Trump declined to ratify the deal last year, kicking it over to Congress for approval or revision.

Trump maintained Iran’s alleged funding of terrorist groups, intervention in foreign countries and development of its ballistic missile program demonstrated the Tehran did not have peaceful intentions. Trump has criticized the administration of Barack Obama for agreeing to the deal, as did Netanyahu.