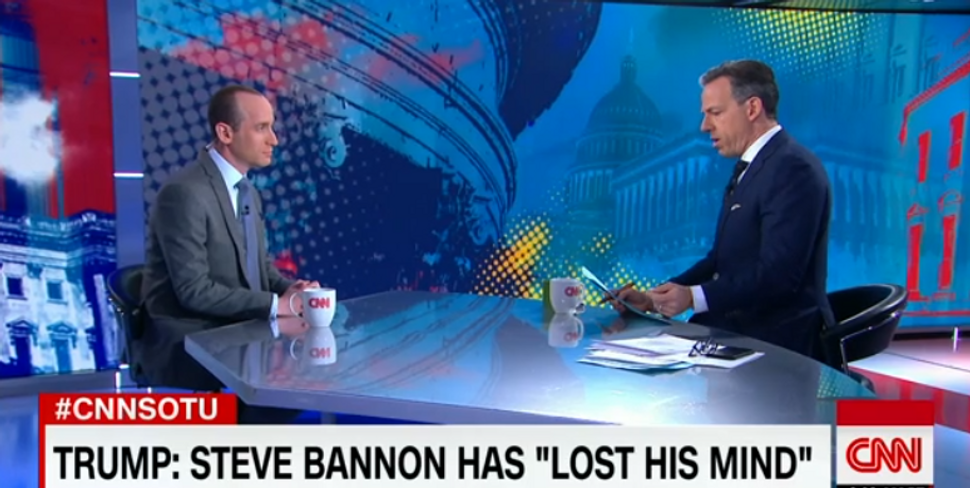 In a combative interview on CNN’s “State of the Union,” host Jake Tapper went toe-to-toe with White House adviser Stephen Miller, who slammed the network’s news coverage instead of answering Tapper’s questions.

Miller was also critical of remarks his former ideological ally, Steve Bannon, made in the controversial new book about the first year of the Trump White House, “Fire and Fury.”

“It’s tragic and unfortunate that Steve would make these grotesque comments so out of touch with reality and obviously so vindictive,” Miller said.

Last year, in response to a report that Bannon’s allies were distancing himself from him, Miller told the Daily Beast that his “friendship with Steve is stronger than ever.”

Tapper also said to Miller that “There’s one viewer that you care about right now,” referring to President Trump, who has denounced Bannon since the book’s publication.

He then asked for three minutes to tell “the truth about the Donald Trump I know.” Tapper replied that he wouldn’t allow that because “it’s my show and I don’t want to do that.”