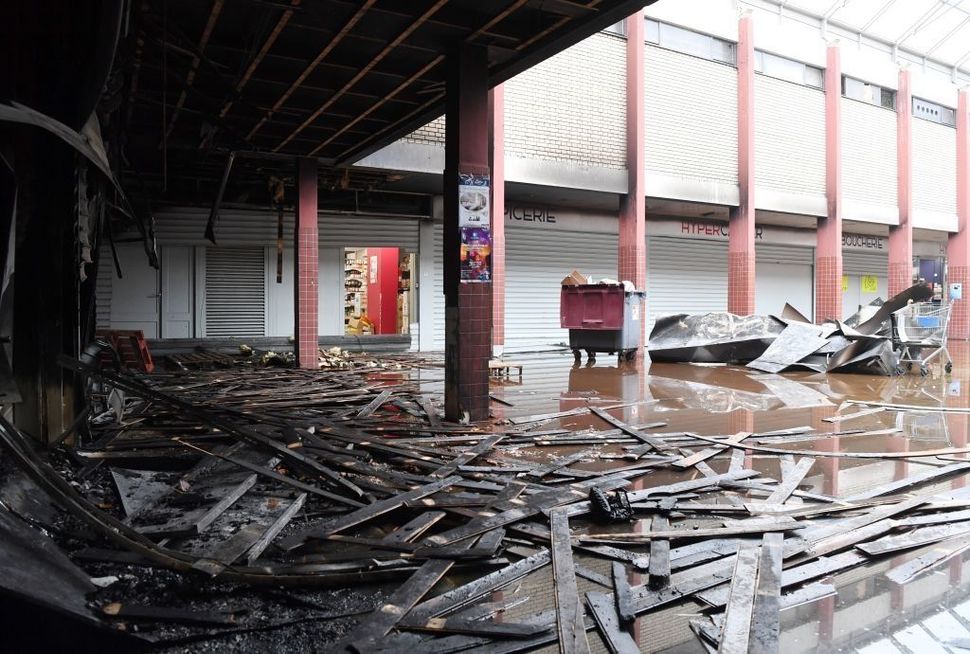 (JTA) — Two kosher shops were damaged in a fire near Paris on the third anniversary of the slaying of four Jews at a different kosher supermarket in that city.

The fire Monday night at the Promo Stock store in the Paris suburb of Creteil and at the local branch of the Hyper Cacher kosher supermarket chain store comes two weeks after swastikas were painted on both stores.

No one was hurt in the fire, which caused severe damage to the affected stores. French media reported arson is suspected.

CRIF, the umbrella group of French Jewish communities, is organizing a commemoration service on Tuesday in front of that supermarket.

Two days before the Hyper Cacher attack, Islamists killed 12 people at the offices of the Charlie Hebdo magazine, whose editors and artists frequently publish caricatures mocking Islam and other faiths.