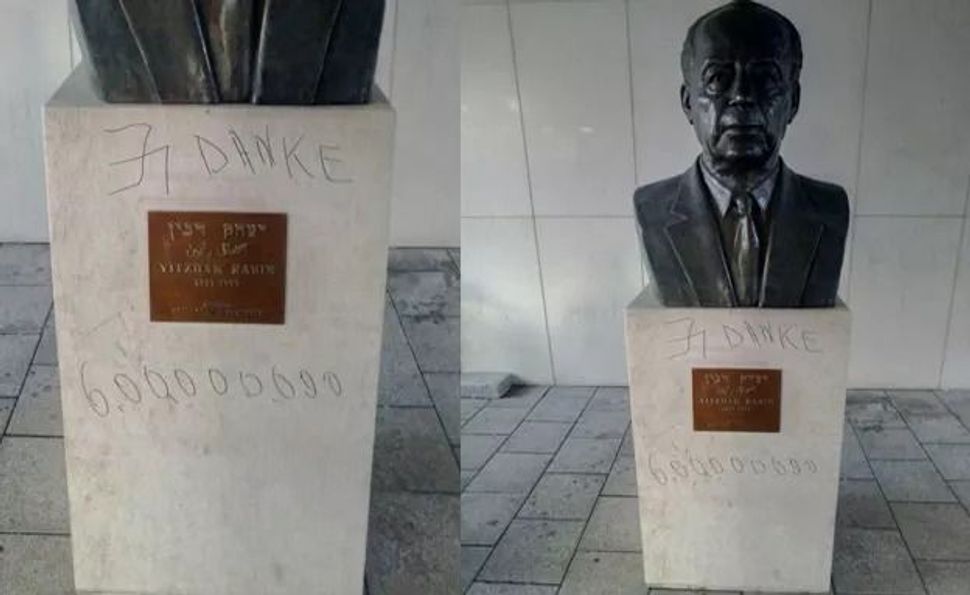 An Israeli man armed with two knives was arrested Tuesday morning for allegedly scrawling a swastika on a bust of Yitzhak Rabin, the assassinated Prime Minister of Israel, the Jerusalem Post reported.

Police reported that the man was drunk and was also carrying writing utensils. He was picked up several hundred yards from the site of the bust.

The bust was defaced with a swastika, the German word for “thank you” and the number 600,000,000, likely an erroneous reference to the 6 million Jews killed in the Holocaust.

The bust is located in Rabin Square, in Tel Aviv, where Rabin was shot and killed in 1995.