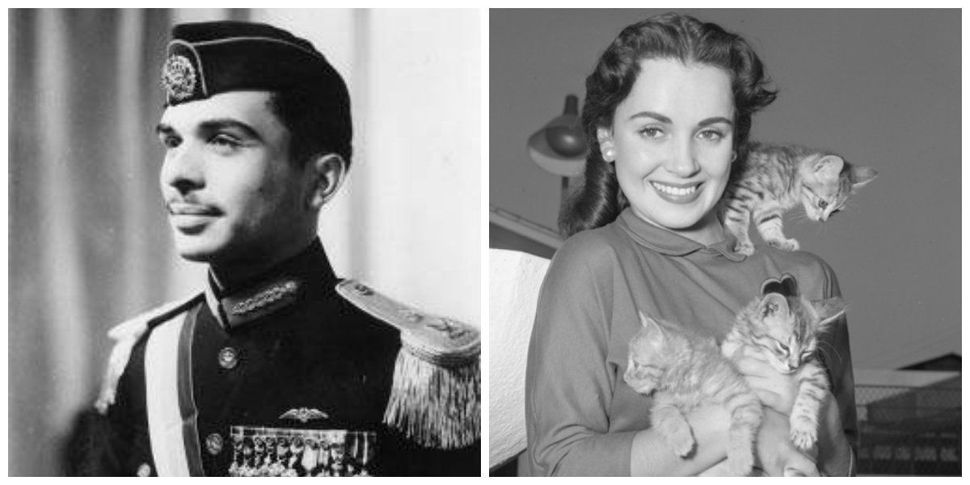 A newly-declassified CIA memo revealed that the agency had a hand in setting up Jordan’s King Hussein with a Jewish Hollywood actress, who was later killed by their son.

The document, first reported on by USA Today, explains the agency’s role in assisting Hussein’s 1959 trip to the United States to ensure continued American foreign aid to his country.

The memo, released as part of a set of files about President John F. Kennedy, says that the 24-year-old king “was especially desirous of female companionship during his Los Angeles visit and it was requested that appropriate arrangements be made through a controlled source of the Office in order to assure a satisfied visit.” Hussein would go on to meet with a divorced 32-year-old B-list movie actress named Susan Cabot (born Harriet Shapiro), who appeared in movies like “Sorority Girl” and “The Wasp Woman.”

Hussein, who was also divorced at the time, so much enjoyed spending time with Cabot that the CIA arranged for her to meet him in New York later that month. According to the CIA memo, Cabot was told by her handler, “We want you to go to bed with him.”

“The actress said that she rejected the proposal but finally went to [Hussein’s] party,” the memo continued. “She became quite taken with the foreign official and found him to be most charming.” Their relationships lasted several years.

Cabot gave birth in 1961 to her son Timothy, who was adopted by her second husband Michael Roman after they married in 1968. Timothy Roman was born a dwarf but, according to the Los Angeles Times, eventually grew to 5’4” thanks to “thrice-weekly injections of a hormone derived from the pituitary glands of cadavers. A former attorney once called him a ‘failed human experiment.’”

Cabot, who later struggled with mental illness, was found dead in her home in 1986, bludgeoned to death with a weightlifting bar. Timothy Roman was charged with involuntary manslaughter. He claimed that she had attacked him first, and that his aggressive reaction was due to the drugs he was forced to take.

During the trial, it emerged that Cabot had received $1,500 a month from the Keeper of the King’s Purse in Jordan. “For better or worse, it looks like child support,” attorney Chester Leo Smith wrote in court filings.

Roman was convicted in 1989. He had already spent two and a half years in jail, so was sentenced to time served plus three years probation. He died in 2003 and his ashes were reportedly scattered at sea.

Hussein would go on to be married three more times. He led the country until his death in 1999. His official biography website does not mention Cabot or Roman.