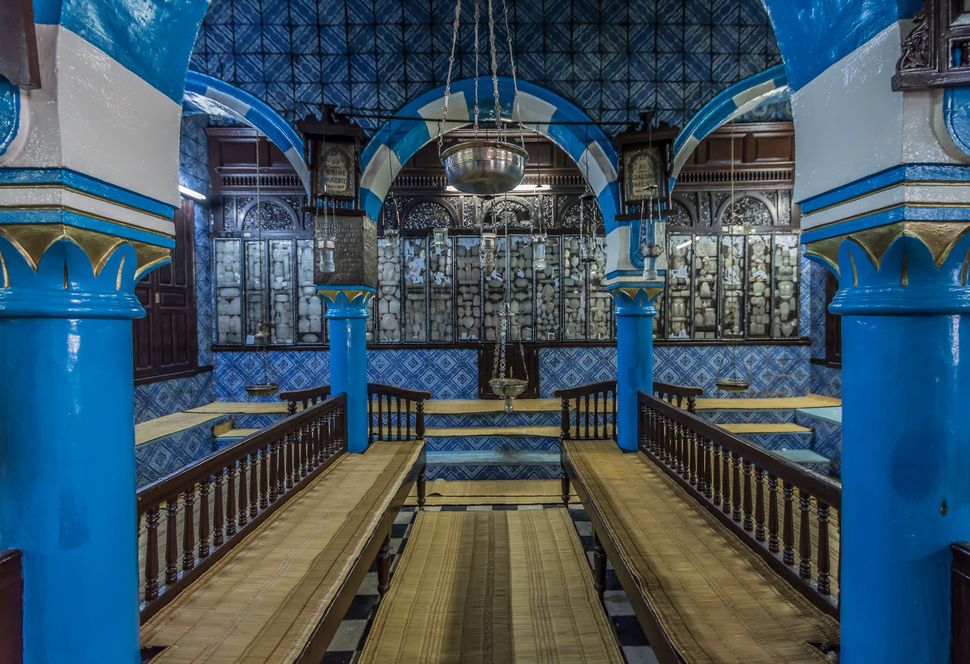 (JTA) —  Unidentified assailants hurled a firebomb at the Ghriba synagogue in the Tunisian island of Djerba, causing minor damage and no injuries.

The incident occurred on Tuesday night amid protests over economic condition in several Tunisian cities, though not in Djerba itself, Reuters reported.

In 2002, terrorists blew up a vehicle near the synagogue, killing 21.

The area of the synagogue is inhabited by four Jewish families. The bulk of the Jewish community of Djerba, which numbers hundreds of people and is the largest in the Arab World, lives two miles north of there, in a neighborhood that is under heavy protection and whose entrances are guarded around the clock by the country’s internal security services.

Tunisian police increased its security around the institutions of the Jewish community of Djerba, where hundreds of Jews live and pray in at least five synagogues.

In recent years, Israel’s Counter-Terrorism Bureau has warned Israelis not to travel to Tunisia fot the annual pilgrimage to the al Ghriba synagogue, citing recent information that indicates the intention to carry out terror attacks against visiting Israelis or Tunisian Jewish communities.

The traditional festive procession near the El Ghriba synagogue on Djerba takes place on or around Lag b’Omer, a break during the 49 days of mourning between Passover and Shavuot, which this year begins on Wednesday night. It draws hundreds of Tunisian Jews and visitors from Israel.

The synagogue, in the village of Er-Riadh, dates back to 586 B.C., although the current building was reconstructed in the 19th century. El Ghriba is sometimes cited as North Africa’s oldest synagogue.