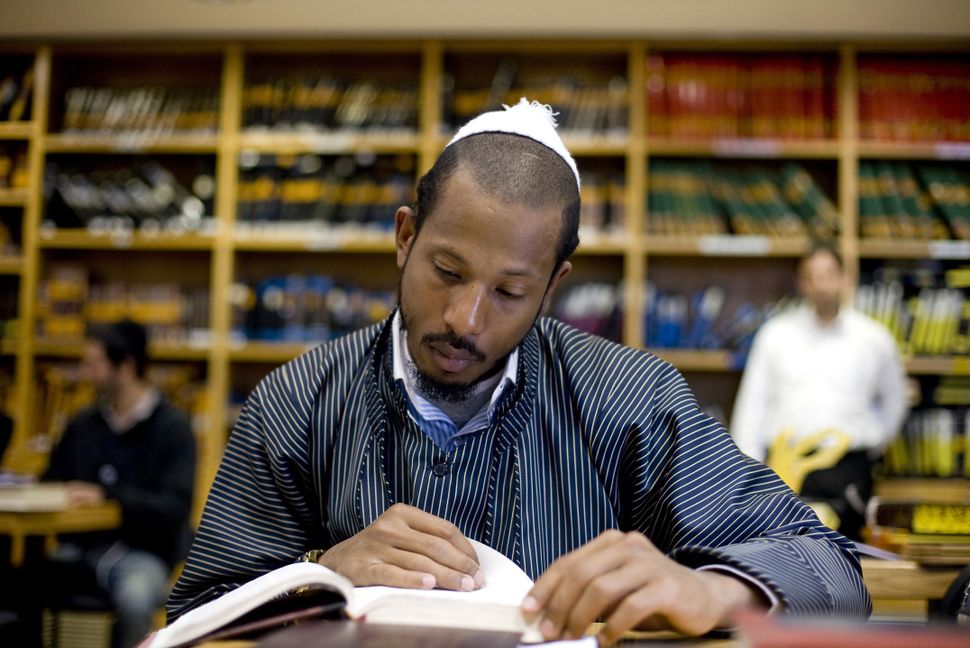 In an Instagram post, Levi thanked the “Creator of the universe” for a safe delivery and revealed that his daughter is called Naomi, a biblical name from the book of Ruth.

“Welcome our princess Naomi,” Levi wrote in a Tuesday Instagram post. “Thank the Creator of the universe for delivering you to us.”

Welcome our princess Naomi ??? Thank the Creator of the universe for delivering you to us?? Love at first sight??? 1•9•18

Born Jamal Barrow in Belize, Levi grew up in Brooklyn and was an up-an-coming rapper and Puff Daddy protégé in the 1990s. His rap career was derailed when he was sentenced to a decade in prison in 2001 for his involvement in a nightclub shooting.

He became involved in Orthodox Judaism after coming under the guidance of rabbis while in prison, but his spiritual interest dates back to his teenage years.

Inspired by stories his grandmother told him, he started calling himself an Israelite and “relating to the stories of King David and Moses,” The New York Times reported in 2010. In prison, his religious path seemed to crystallize and he took on some of the strictures of Judaism, like Sabbath observance and dietary laws.

Levi travelled to Jerusalem after his release in 2009 and formally converted to Judaism. “My entire life screams that I have a Jewish neshama,” he told the Times, using the Hebrew word for “soul.”

Along the way, he legally adopted a Hebrew name and for some time kept long side curls, or peyos. His music also took a spiritual turn, including collaborations with the American Jewish reggae star Matisyahu. Levi now lives in Belize and continues to highlight religious themes on his public social media accounts.