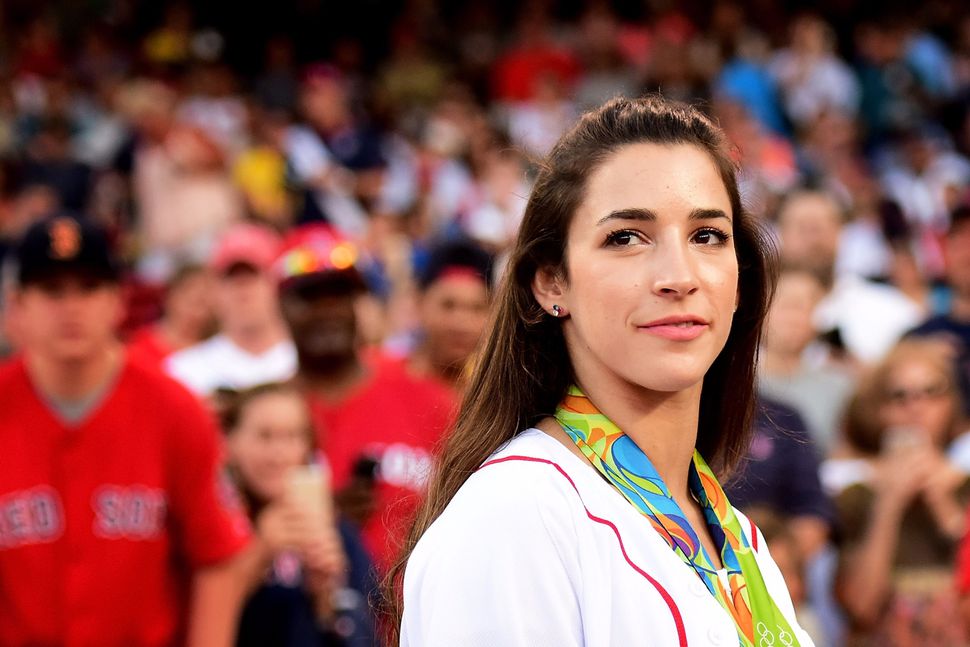 The one and only Aly Raisman. Image by Getty Images

Olympic gymnast Aly Raisman harshly criticized USA Gymnastics on Wednesday for its response to yet another gymnast who came forward alleging that she had been sexually abused by former team doctor Larry Nassar.

Former gymnast Maggie Nichols came forward Tuesday to say that she was the first athlete to alert USA Gymnastics of Nassar’s inappropriate behavior after she was allegedly sexually abused during one of his “examinations” when she was 15. After USA Gymnastics released a statement in response denying Nichols’ claim that the organizing body “covered up” their internal investigation in order to avoid negative publicity before the 2016 Rio Olympics, Raisman wrote a series of tweets blasting the organization.

“STOP VICTIM SHAMING,” wrote Raisman, who recently stated that she was one of Nassar’s victims when she was 13. “Your statements are hurtful. If you did not believe that I & others were abused than why pressure & manipulate us? WE WERE MOLESTED BY A MONSTER U ENABLED 2 THRIVE FOR DECADES. You are 100% responsible. It was mandatory to get ‘treatment’ by Nassar.”

“We must investigate to figure out the many flaws in @USAGym system,” the three-time gold medal winner continued. “We must understand how this happened to make sure it never occurs again. This problem is bigger than [former USA Gymnastics president Steve] Penny and Nassar. The system has to change so that athletes are safe. Enablers need to be held accountable.”

Nassar was sentenced last year to 60 years in prison on child pornography charges. More than 100 women have accused him of sexually assaulting them.