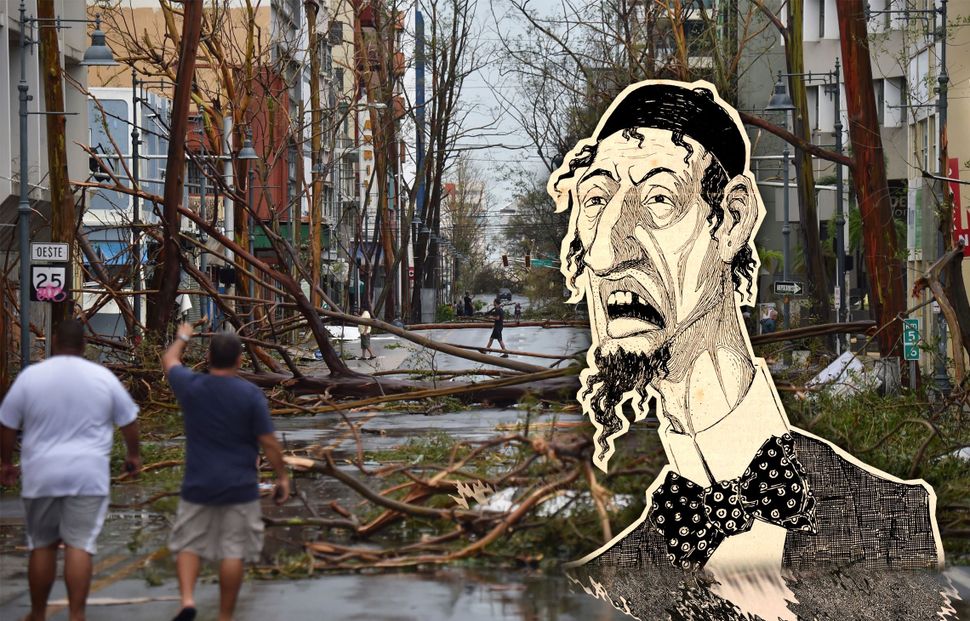 The editors of Puerto Rico’s largest newspaper have apologized for publishing an op-ed that blames the island’s problems recovering from last year’s devastating hurricane on “the Jew.”

Monday’s column by Wilda Rodriguez in the newspaper El Nuevo Día, titled “What Does ‘The Jew’ Want From The Colony?”, claimed that “Wall Street types” dictate U.S. policy, and that “Congress will do what ‘the Jew’ wants, as the vulgar prototype of true power is called.”

“No offense to people of that religion,” she added.

She went on to claim that Wall Street and “the Jew” are punishing Puerto Rico in order to get the island to pay its $70 billion debts.

The paper has since added a note to the top of the article apologizing to the island’s Jewish community, adding, “We do not promote content that can be interpreted as anti-Semitic.”

Rodriguez also issued a semi-apologetic statement. “I’m profoundly sorry that some have interpreted one of my pieces as anti-Semitism,” she wrote. “My career as a writer has been clear, and prejudice and racial and religious hostility have never been a part of it. I can understand the strong reaction that some of have had to the mere usage of the word ‘Jew.’ My intention was not to offend, but to provoke a public discussion. With that clear, I ask for forgiveness from those of good faith that were hurt by my political allusion. I have not and never will intend to offend them.”

The paper also published an op-ed on Thursday by the mayor of a Puerto Rican town, praising the local and national Jewish community for its recovery efforts after hurricanes Irma and Maria.