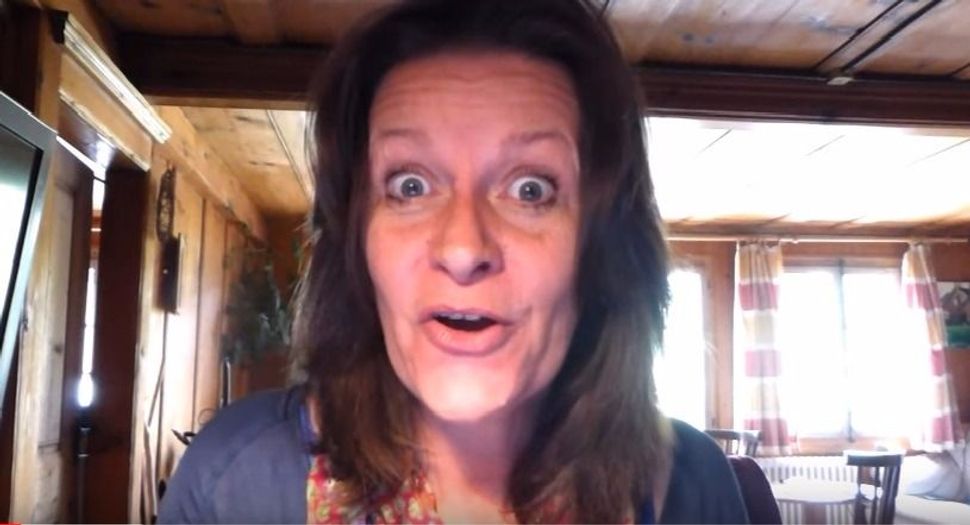 (JTA) — A British blogger who posted songs on YouTube denying the Holocaust and mocking survivors is on trial.

She appeared to sing along with the three songs in question as they were played in a London court on the first day of her trial, media reported, and her followers in the gallery laughed and sang along too.

Lyrics were along the lines of “‘Was it just a bunch of lies? Seems that some intend to pull the wool over our eyes.” Figures she attacked in her song LS included Anne Frank, the young diarist who perished during the Holocaust; her father, Otto Frank; and Elie Wiesel, the late Holocaust memoirist and Nobel Peace Prize laureate. She accuses Jews of unscrupulous moneylending practices and she calls Auschwitz, the death camp, a “theme park for fools.”

The BBC quoted prosecutor Karen Robinson as saying that line “is an extraordinarily offensive description of perhaps the most traumatic event in Jewish history”.

According to her blog, the charges have led to a drop off in her appearances as a folksinger in northern England, where she lives, and on cruise ships.

She is defending herself by citing speech freedoms.