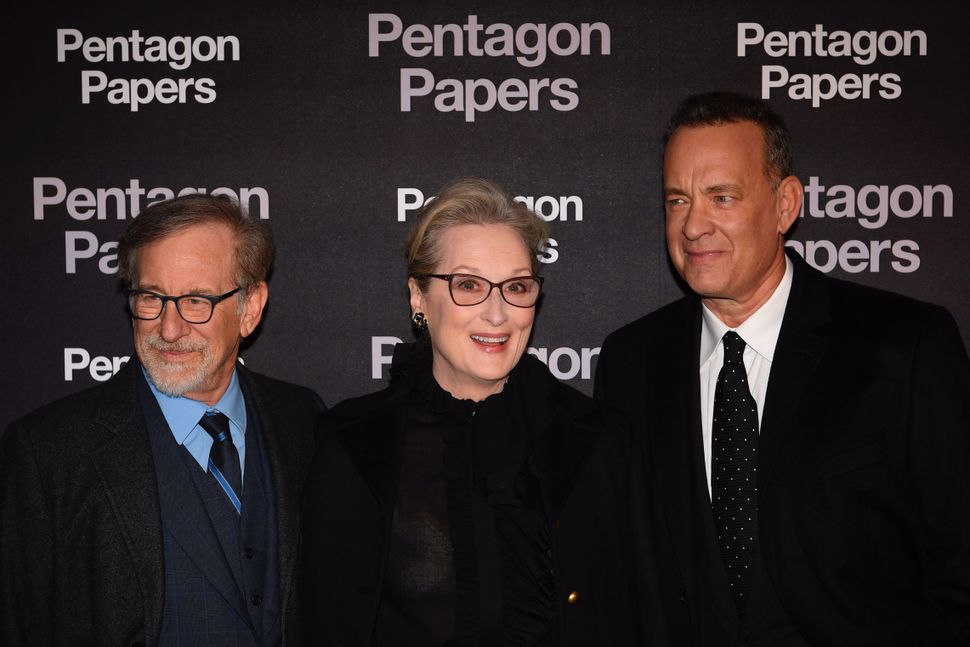 JERUSALEM (JTA) — Lebanese movie theaters have been banned from screening the newspaper drama “The Post” due to director Steven Spielberg’s ties to Israel.

Lebanon’s censorship board made the decision based on a “boycott Israel” list, which Spielberg appears on since he shot some scenes from the 1993 film “Schindler’s List” in Jerusalem, the Hollywood Reporter reported Sunday, citing a source involved with the movie’s international rollout.

The decision, made hours before the first screening was scheduled to start in Beirut, could still be overturned by the country’s Minister of Interior and Municipalities, according to the Hollywood Reporter.

The film about the Washington Post’s pursuit and publishing of the Pentagon Papers opened Thursday in Israel.

In the last three years, at least five films directed or produced by Spielberg were screened in Lebanon, including “The BFG,” and “Bridge of Spies.”

Spielberg’s Amblin Entertainment had not been officially told by the Lebanese distributor that the film is being banned, according to the Hollywood Reporter.

In June, Lebanon’s interior ministry banned the film “Wonder Woman” from its theaters because the movie’s lead actress Gal Gadot is Israeli and served in the Israel Defense Forces.