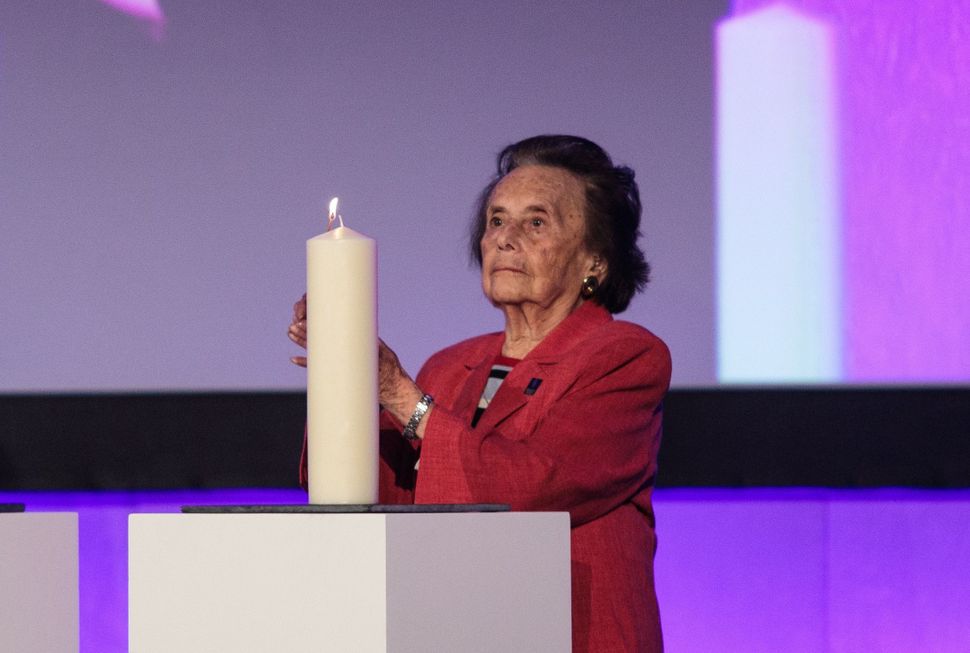 Lily Ebert lighting a candle at an event for National Holocaust Memorial Day in January 2017. Image by Getty

Morning commuters in London got the chance to speak with the Holocaust survivor Lily Ebert and learn about her life story, the Jewish Chronicle reported.

Lily Ebert, 87, survived the Auschwitz-Birkenau death camp. She sat with commuters on two sofas in the middle of the Liverpool Street Station for the Hear My Story initiative, from the Holocaust Education Trust.

“In my lifetime I have had three lives,” Ebert said. “One from before the Holocaust when I was a young girl in a middle-class family, one during the hell of Auschwitz-Birkenau, and one now since I was liberated and rebuilt my life in England.”

Commuters paused their morning rush in one of London’s busiest stations in the heart of London to hear Ebert’s story. She grew up in Hungary, and was 14 when the Nazis invaded. Her mother and younger brother died in Auschwitz, but three other siblings survived. After living in Israel for over twenty years, Ebert came to England.

“Whilst we can, let’s value these precious eyewitnesses – sadly there will be a time when they are no longer with us,” said Karen Pollock, chief executive of the Holocaust Education Trust.