Hitler’s Desk And Coat Rack For Sale By Auction House 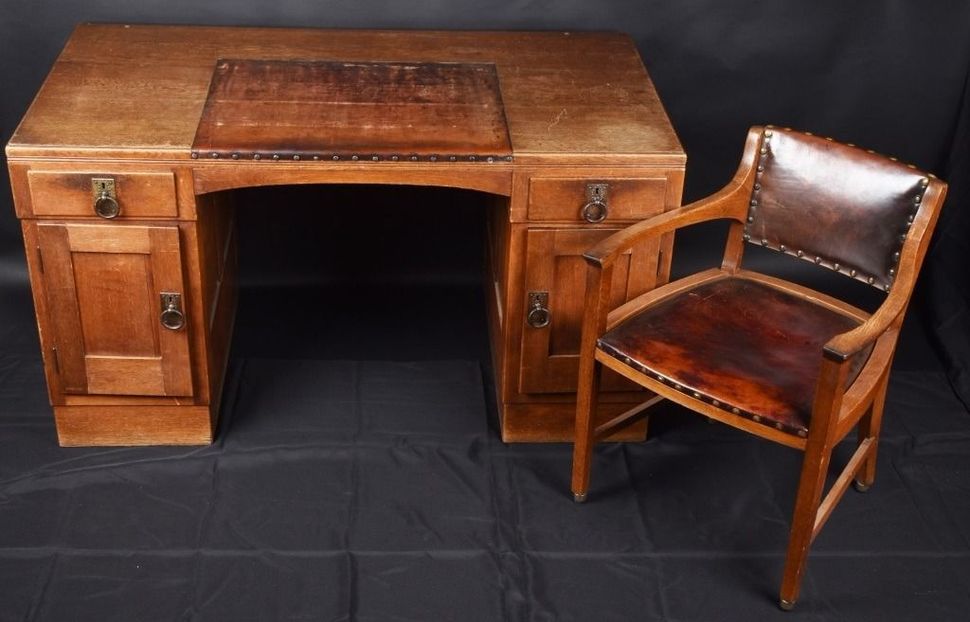 An Ohio auction house is selling Adolf Hitler’s desk in an auction late this month.

The high bid for the desk, which Hitler received in 1929 and used at his residence in Munich, is currently just $10,000. The auction house, called Milestone Auctions, projects a final sale price of over $100,000.

Hitler murdered some 12 million civilians, including 6 million Jews, and plunged the world into an all-encompassing war in which some 70 million people died.

Also on offer in the auction are Nazi flags and other insignia, Hitler’s personal coat rack, a bust of Hitler, German uniforms, anti-Semitic propaganda, and a black Mercedes once owned by a Nazi doctor.

Hitler’s Desk And Coat Rack For Sale By Auction House