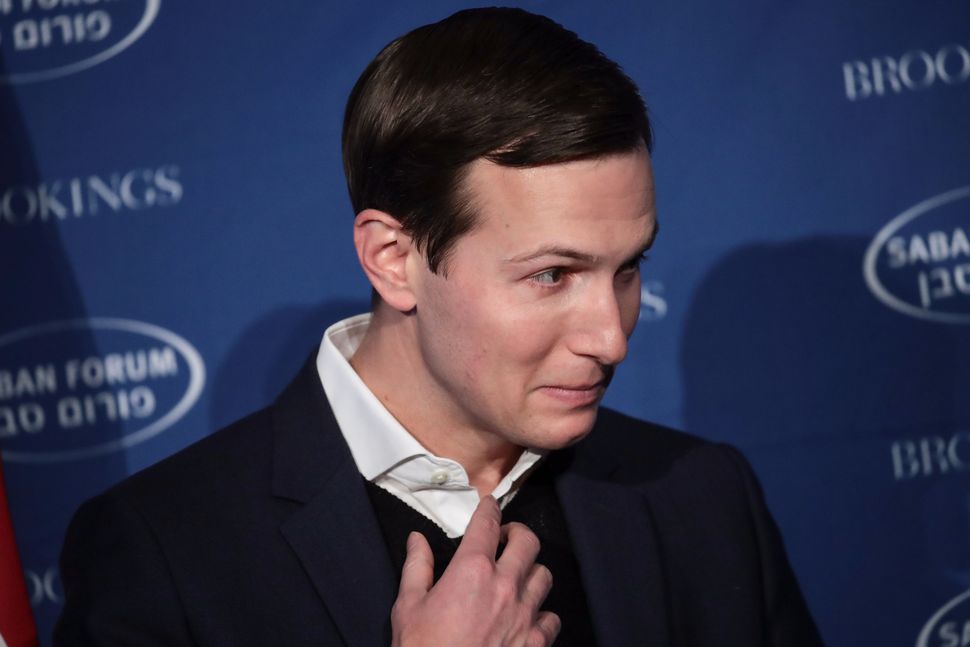 Update: This article has been updated to include additional reporting by the Forward.

Some parents of children attending a well-known Orthodox Jewish high school in New Jersey were upset after students received an email encouraging them to write laudatory letters to President Donald Trump, Haaretz reported.

But the school’s principal — and several parents — say the suggestion was voluntary and that the media is blowing the issue out of proportion.

The Frisch School, located in Paramus, is where Jared Kushner, Trump’s son-in-law, went to high school. The children of Jason Greenblatt, the administration’s lead negotiator for their Israeli-Palestinian peace plan, also attended the school.

On Tuesday morning, students received an email from a school adviser encouraging them to write laudatory letters to Trump if they “believe that the president made the right decision” in officially recognizing Jerusalem as the capital of Israel. The email made it clear that the letter-writing campaign was part of a larger campaign run by NORPAC, a pro-Israel lobby group, and was sent at the request of a pro-Israel student group. (A representative for the school said that only school staff members are allowed to send emails to the entire student body.)

“President Trump, you have displayed leadership and strength among the nations by formally recognizing Jerusalem as the eternal capital of the State of Israel,” NORPAC’s letter template read. “We appreciate your commitment to follow the wishes of the American people and your faithful service as our nation’s leader.”

Rabbi Eli Ciner, the principal, sent a clarifying email an hour and a half later saying the letter-writing campaign was “entirely voluntary and should be done only if you agree with President Trump.”

The email generated discussion among people in a private Facebook group where several Frisch School parents were members. One member of the group who wished to remain anonymous said that quotes about the email incident were provided to the Haaretz reporter without the consent of the parents who posted them. Those quotes — including those taken from commenters who were not Frisch School parents — were then used in Haaretz’s article.

Three parents contacted the school requesting to speak with Ciner about the issue, according to a representative for the school.

Ciner appeared shocked by the overwhelming reaction to the story, noting that it had been picked up by Newsweek, based on Haaretz’s reporting. He called the incident a teachable moment for students, and said he planned to discuss the episode with them soon.

“At the same time, I think theres a teachable moment from the parents side, in terms of knowing that anything we put online is totally out there,” Ciner said. “Even though some of the parents feel they were victimized by the reporter, they did speak in a forum of about 1,000 people.”